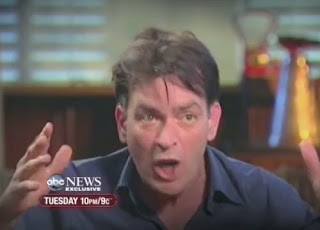 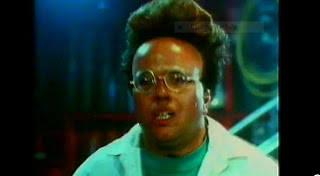 Charlie Sheen returning from the dead to run people over with a Night Rider car not be awesome? Well I suppose it is fairly awesome, but only ironically.
There are such American staples of the 1980s as roller-skate burger joints, illegal street races and swimming holes. Kids wear bandanas and say things like "he ain't cool!" and treat their girlfriends like pieces of meat. As our hero, Charlie Sheen is fine enough. He plays the same character he usually does, only a little bit younger and (probably) less stoned. Randy Quaid is in it too, as the town's sheriff, but not even he is particularly memorable here. The yobs of the piece are amusingly trashy, particularly the one fellow who looks like the Kim-Jong Il puppet from Team America.
As a horror movie, The Wraith fails. The 18 rating seems daft, since there's hardly any violence, gore and not all that much nudity to speak of. There's more T&A in an average episode of Two And A Half Men (one would imagine. Not that I've ever watched Two And A Half Men. Ahem). All the good bits are in the trailer. And the only good bit in the trailer is the part with the shotgun.
The Wraith is enjoyable in an ironic 1980s sort of way, but not very much so otherwise. If you want to see some truly entertaining Charlie Sheen antics, just go watch the news.

Email ThisBlogThis!Share to TwitterShare to FacebookShare to Pinterest
Labels: sci-fi, So bad it's good