Why the fuck not. Titanic 2 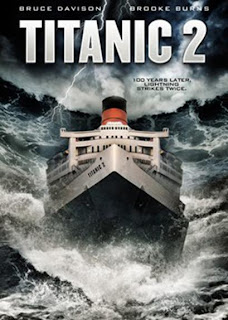 So bad it's still very bad. Sometimes, with movies such as Titanic 2 and Mega Pirhana, they should just stop and leave it at the title. Everything that comes thereafter is just bound to be a disappointment. And unless Titanic 2 was to feature zombie Leonardo DiCaprio haunting that old lady for hogging the fucking raft (Mr. Cameron, the idea's yours for a small fee) or be that episode of Futurama, then it was never going to be any good. And Van Dyke's movie features no zombie Leonardo DiCaprio (to be fair, DiCaprio is probably a little out of Syfy's budget) and is definitely not that episode of Futurama. If it gains even a single Screaming Scream Queen below then that's because recalling the Titanic episode of Futurama put me in a good mood. Needless to say, Titanic 2 was not directed by James Cameron.
There are various ways in which Titanic 2 could have been a decent movie, none of which are present in the film itself. For starters, it doesn't star any notable B-movie stars and for seconds, it's not as self-aware or ironic as the title might suggest. In fact, it's nothing more than a dull disaster movie blessed with a good idea and that guy who played an asshole politician in X Men. It's not even as good as the director's own name. And yes, Shane Van Dyke is related to exactly who you think he might be. 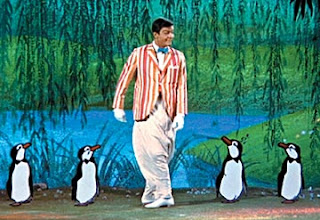 On the 100th anniversary of the doomed liner's sinking, a cruise ship sets sail across the Ocean Blue. What happens next you couldn't make up, except someone did. A tsunami flings an iceberg into the ship's path. Cue many crappy CGI flames, long shots which sort of remind you of Cameron's Titanic and overuse of red and green camera filters. Thanks to the title, Titanic 2 will probably find itself more viewers than it deserves. Much like it has found this review a staggering 9,772 page views since September 2010. Compare this with The Disappearance Of Alice Creed's paltry 724 views and we can see how much Titanic 2 coasts along on its name alone.
Granted, those foolish viewers won't be watching more than the first five minutes, much like none of you readers will have gotten past the first paragraph of this review. Long enough to realise that Leonardo isn't in Titanic 2 and this review wasn't written by somebody worth listening to. The likes of Mega Pirhana and Mega Shark vs Giant Octopus sort of pretended to try to do something with the title; and both have a handful of scenes worth watching. Titanic 2 doesn't even have one. What it does have, is one single Scream Queen lady. And that's because the Futurama reference I wrote in the first paragraph put me in a generous mood. The rest of the movie made me want to go punch icebergs in the face.