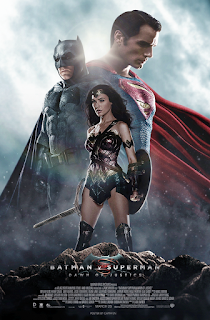 In one of the more troubling nightmares I have had in my life, Batman and the Joker were both tramps, living in an alleyway. Burdened with the realisation that the Joker wasn't going to just stop, that he was going to get progressively worse, Batman beat the Joker to death with a brick in the back of an alley. Slowly, and in vivid detail. I woke up distressed and sad (well, I did have to get up for work), as though I'd just watched my childhood hero beat someone to death with a brick.

And that is a little bit like how it feels to watch Batman and Superman fight in Batman v Superman: Dawn of Justice. Now, some context:

I grinned like an absolute buffoon as Thor and Iron Man came to blows in The Avengers. Again, I sat erect in my seat and giddy with happiness as Hulk versus Hulkbuster went at it, pounding face like there's no tomorrow in Age of Ultron. I think I may have seen Freddy vs Jason ten times by now, and I love it more on each occasion. Most recently, Daredevil fights the Punisher in series two of the Netflix series - like Batman v Superman, it's a dark and serious take on the characters but, nevertheless, cuts to the heart of what makes those men who they are. Each of those fights have a coherent, plausible reason for being, and never negates from the characters themselves.

Batman v Superman, however, opens with a Batman who has spent two years plotting the straight-up murder of the Man of Steel. A Superman whose plan of recourse is to talk Batman down... unless he can't, in which case, he'll go Ozzy Osborne on his ass (head). As Batman and Superman finally - the 29 year culmination of being a Batman fanboy and lover of all things DC and Marvel - came to blows, I felt only sadness inside. Batman smashes Superman over the head with a sink and I'm sitting there feeling oddly miserable.* 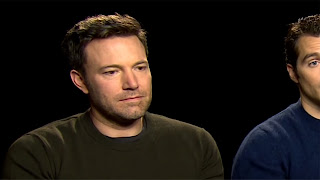 1.
With Apologies to Ben Affleck

Back to the start: following the city-levelling events of Man of Steel, Superman is a controversial figure, to say the least. Just as many hold him responsible for Metropolis as those worship him for saving billions. Unfortunately, while Superman can claim Lois (Amy Adams) and The Daily Planet as friends, he's made some even more powerful enemies - billionaire Batman (Affleck) and demented genius Lex Luthor (Jesse Eisenberg), both determined to rid the world of Superman.

It's an interesting foundation for a Batman/Superman movie - the latter perceived as a threat to humanity, the former taking steps to protect humanity - but is frequently let down by its writing. Superman is unapologetic for the whole Metropolis debacle and Batman is, until the last twenty minutes, arguably the villain of the piece. Luthor is there with his jar of piss on the sidelines, but he's too much of a silly shit for us to take seriously, especially given his lack of motivation and Zuckerberg-ian tics; Lex Luthor, idiot savant.

With its distant, unsympathetic, unsympathising Superman and its murderous bastard Batman, Batman v Superman is not a good Batman/Superman movie. It's depressing, over-serious, mumbled and awfully paced. Its finale is a CGI mess, most reminiscent of The Incredible Hulk (with a Doomsday abomination who looks all to much like The Abomination). And yet.... 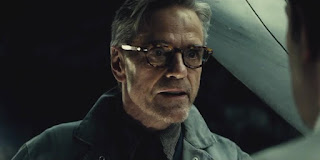 ... It is also the most ambitious superhero film I've seen since The Avengers or Guardians of the Galaxy. If it feels cut to bits and its pacing is terribly off, that's because it's always firing on full cylinders, darting from Metropolis to Gotham to Smallville to dream sequence to outer space and back again, spinning so many plates it can't help but drop a few in the process.

Affleck's Batman is a murderous asshole, but in doing so he recalls my absolute favourite version of the character - and for that, I can't bring myself to hate him or his Bat. It's like Michael Keaton resurgent, with his love of mounted machine guns and smashing people's heads into things. Even better is his Alfred, played by Jeremy Irons, and perhaps my favourite portrayal of the character to date, continuing the Nolan-esque tradition of having Alfred get all the jokes in a Batman movie.

Gal Gadot's Wonder Woman shines in the few sequences in which she appears, the only one of the Trinity who isn't trying to murder a fellow superhero at some point or other. Batman, Superman and Wonder Woman don't get much time together, but it's far more exciting to see them team up than it is watching them try to beat each other's faces in.

As one would expect, Zack Snyder has a good eye for the action, making Batman v Superman look gorgeous in spite of the doom and gloom. The opening ten minutes are a masterful (re-ish)introduction to Batman, at last giving us a Thomas Wayne with a moustache followed by a discovery of the Batcave and ground level view of Man of Steel's Metropolis mayhem. His Bat in action is a thing to behold too, even if its a bit too much like watching someone play Arkham Knight at times.

Another of the film's successes is in its nightmare and fantasy sequences, which give us Desert Storm Batman, a bizarre Justice League setup and Pa Kent on a mountaintop, trying to backtrack on his shitty parenting in The Man of Steel. There's a definite concerted effort to grow from the mistakes made in that movie - in fighting Doomsday, Superman does the most Superman thing ever at one point - not least characters constantly talking about how uninhabited the to-be destroyed bits of city are.

As a Batman movie, it's acceptable. As a Superman film, it's almost a complete and utter failure, seeming to misunderstand Superman at best, and actively hate him at worst. But as an Elseworlds tale for a dark and bizarre DC Universe populated by shitheads and reluctant Space Jesuses, it works. It shouldn't - like Luthor's ridiculous jar of piss or bizarro Zod Doomsday plan - but it does. 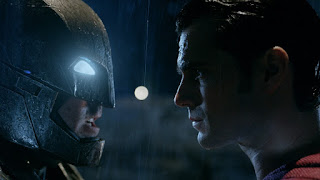 Who wins when Batman and Superman fight? Certainly not Batman, definitely not Superman and, as an audience, our victory is only Pyrrhic at best (Wonder Woman and Alfred come out of it alright though). Batman v Superman is not a good movie, but it is one I enjoyed nevertheless.

Like watching two nightmare tramps fight each other to the death in an alleyway with bricks, it's curiously compelling and a little bit sad all at the same time..

*More context: movie characters hitting people over the head with bathroom masonry is one of my favourite things ever, so I should theoretically have adored this.