In which I channel my inner Buzzfeed (no, I can't even right now) to compile a list of horror moms - good and bad - in honour of it being Mother's Day. 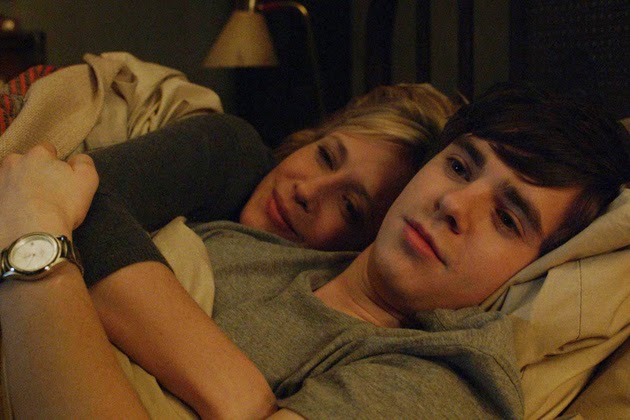 9. Mother? Grandma? Aunt? Sister?
Who knows, where this family of probable inbreds are concerned. 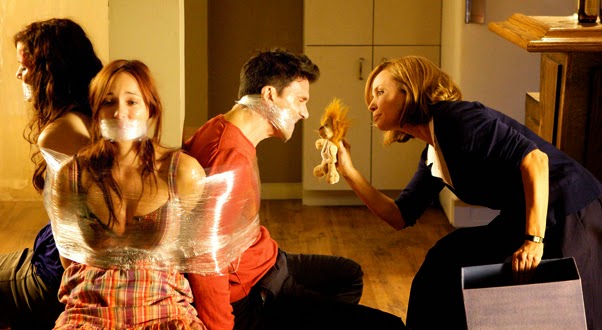 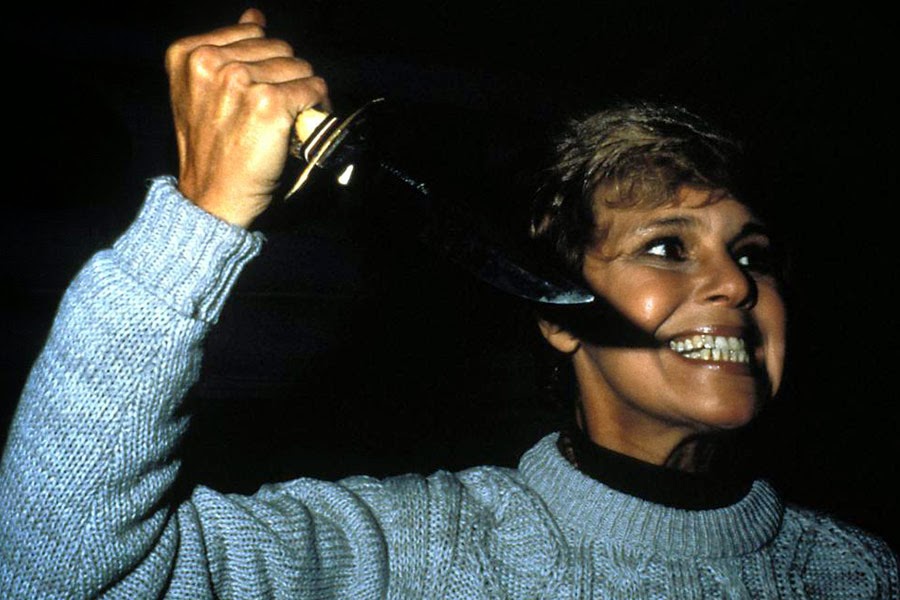 7. Lending horror cinema its best bit of trivia in being the original killer of Friday the 13th. 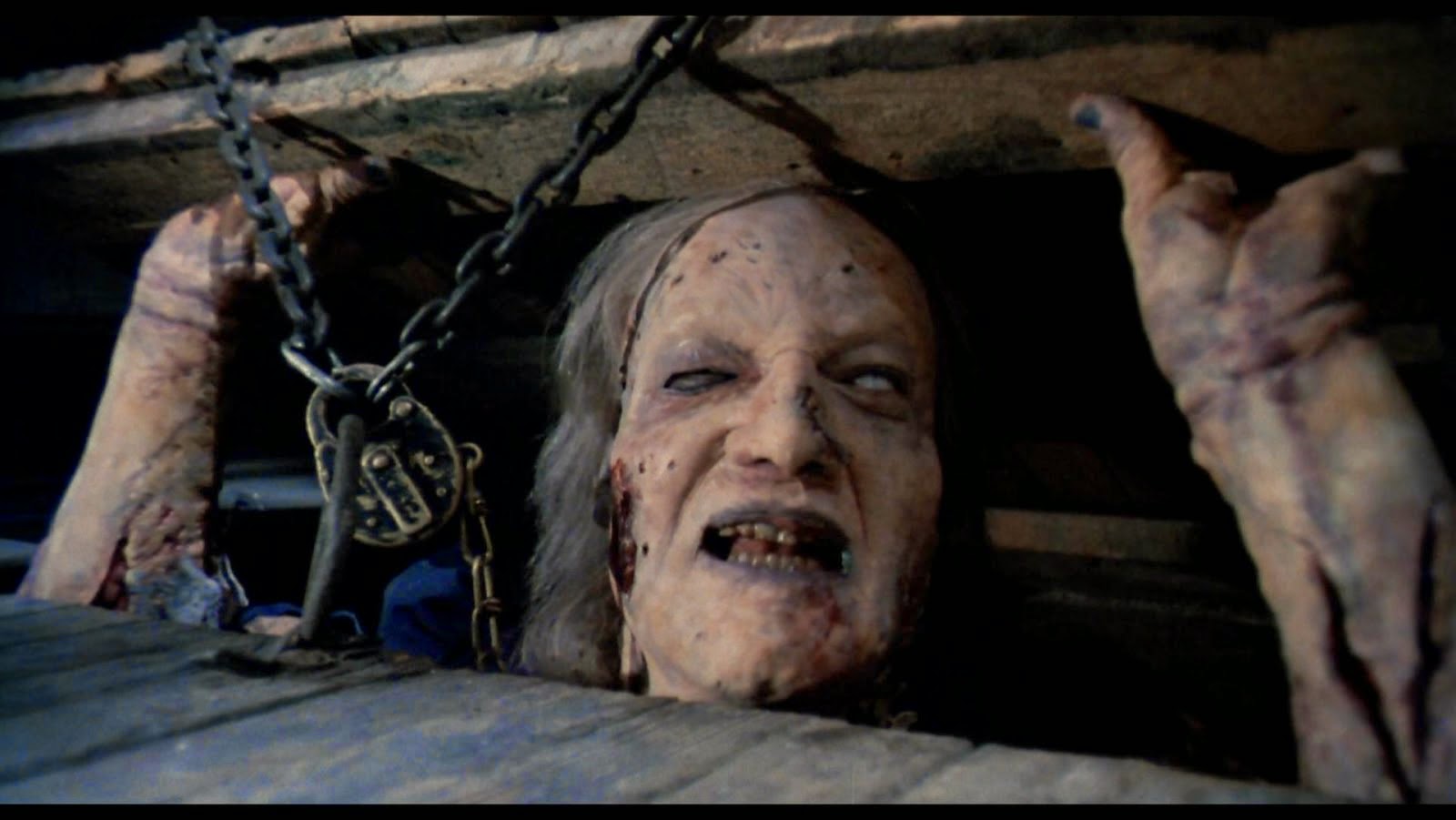 5. Sure, her daughter got herself killed, but Carol has turned into one of The Walking Dead's best survivors yet. 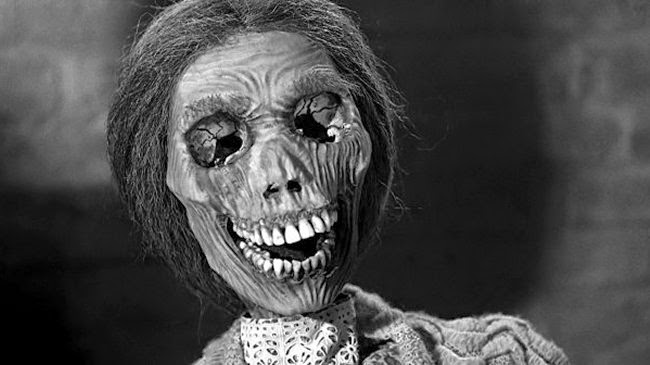 4. Achieving more post-death than Bates Motel will ever muster, no matter how long it manages to stay on TV. 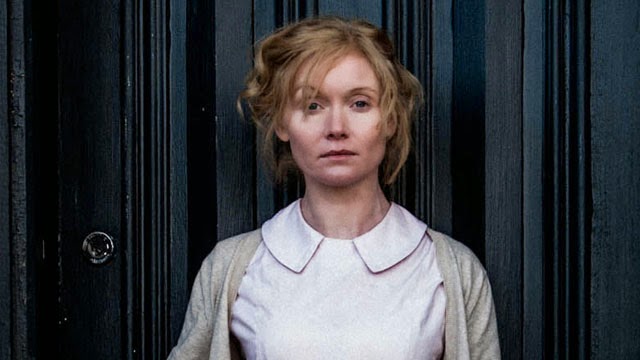 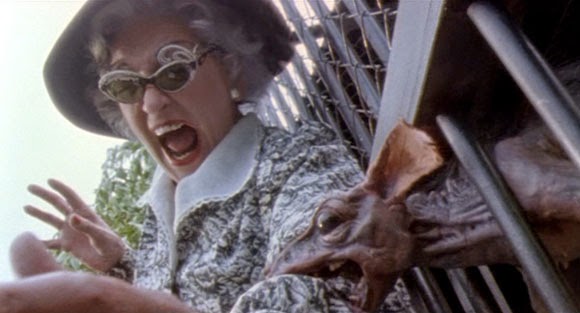 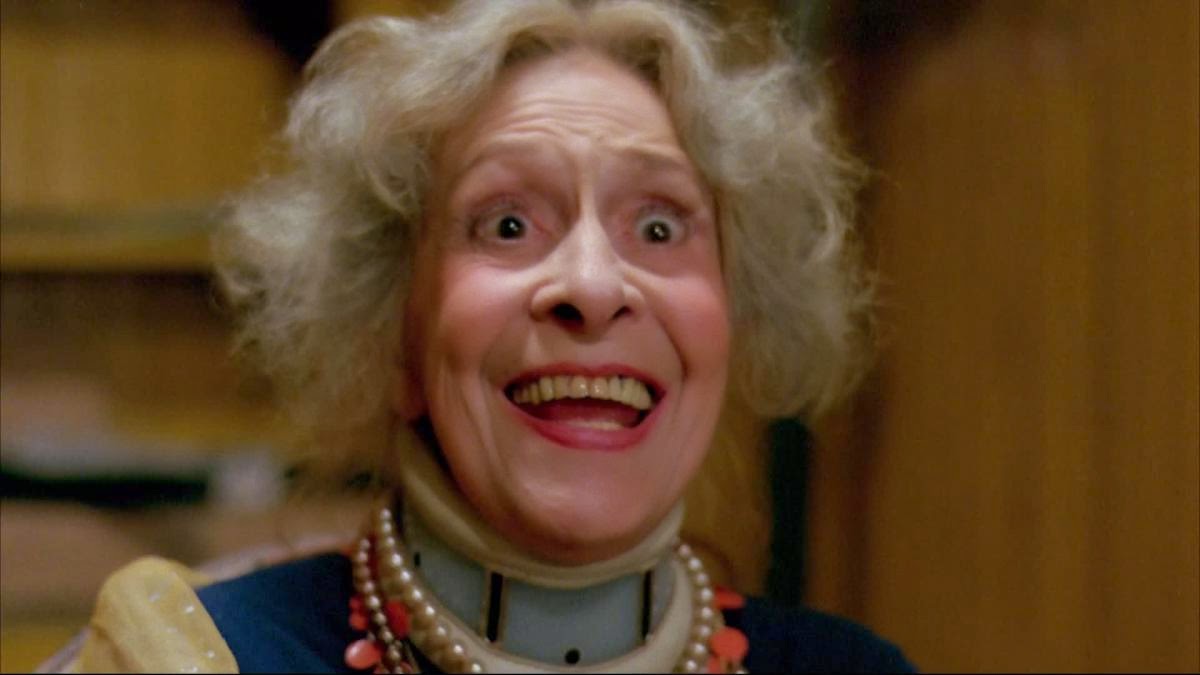 Happy Mother's Day, moms everywhere! Thanks to my own mother, without whom this piece - and, indeed, my own existence - would not have been possible.
0 son(s) of a thousand maniacs 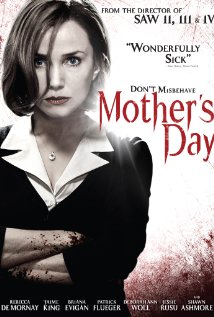 Note: this review has lost a Screaming Scream Queen since I watched it in 2013. Between then and now, I have seen the original Mother's Day and this, sirs and madams, does not compare well.

A family of criminals break into a house full of the bickering middle classes and their also bickering, also middle class friends (plus crap toupee) looking to recover a stash of money they left there years ago. Leading the criminal clan is Natalie 'Mother' Koffin (the hand that rocked the cradle, Rebecca De Mornay) who proves to be just as ruthless and violent as her horrible sons. Mother's Day is a heartwarming tale of the bond betwixt mother and child.


Mother's Day also continues a recent trend in horror movies in which Shawn Ashmore (Iceman from X-Men) plays useless characters in horror movies and lets everyone he loves die around him. Here he plays a doctor, but not a good one, like The Doctor or Doctor Dre; no, a sad, wet one, like Doctor Jack from LOST.

He's not alone though: all of the characters in Mother's Day are either unlikeable or ineffectual. Sometimes they're both. The house guests (the invited ones) argue and lie and throw one another under the bus at the slightest chance of survival. It's little wonder that Mother Koffin gets so frustrated with the lying bastards. In its treatment of the characters and depiction of its villains, Mother's Day feels very old-fashioned, like an authentic video nasty or exploitation flick. Darren Lynn Bousman does a great job with this remake; it's far more enjoyable than any Saw movie (of which Bousman directed the best instalments) - it's tense, thrilling and a lot of fun, even in its more unpleasant moments. It also stars Briana Evigan, which I most definitely approve of. 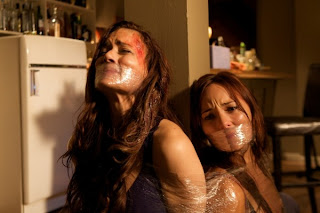 Mother's Day is a remake, but it is one of the decent ones. It's nowhere near as intelligent, inventive or original as the film upon which it is based, but then it doesn't take much from that movie other than a few character names, death sequences and a title. It's largely content to go off and do its own thing, which is infinitely preferable to scene-for-scene robbery or cheap imitation. Stack this among such remakes as The Hills Have Eyes and Dawn of the Dead, in that they do justice to their predecessors without completely re-inventing the wheel.

Happy Mother's Day, mummies! This review is not dedicated to my mother though, because she most definitely would not approve of this movie. She's more of a Walking Dead woman, herself. 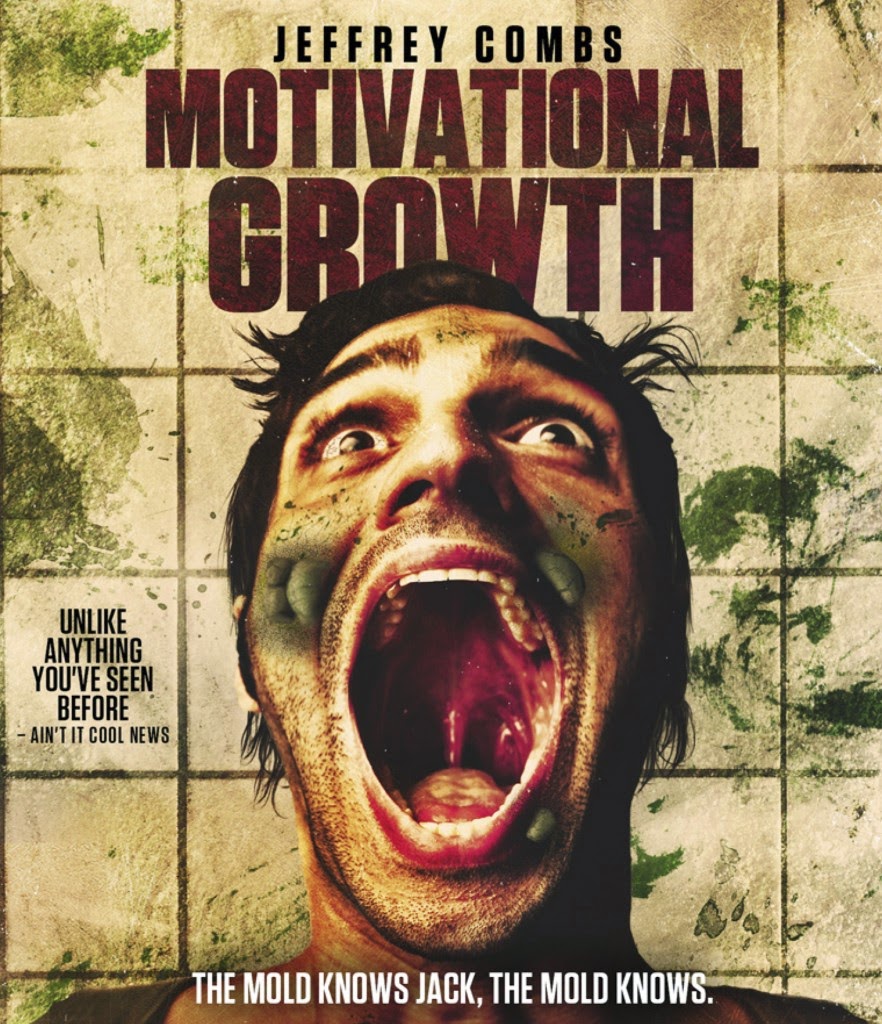 If there's one thing nobody warns you about when moving out of the family home and into a place of your own, it's how much of a bloody pain in the arse cleaning up after oneself is. One can sympathise with Ian (DiGiovanni), then, when he simply doesn't bother. To be fair to him, he is also suicidal. Again, if there's one thing nobody warns you about when turning 30 (give or take) it's the sense of futility and meaningless one can feel in this dead-end life. You can be anything, they tell you, growing up. Anything at all. You probably won't be, but you can. As you can tell, I connected with Motivational Growth on a very personal level. And not just because I never bother cleaning my shitter.*


After a suicide attempt goes terribly wrong, Ian finds himself taking advice from a talking lump of mold (voiced by the wonderful Jeffrey Combs). Pretty soon, Ian is shaving, putting on trousers in the morning and cleaning up both his act and his home. But at what cost? A series of visitors wind up only as food for the mold, which grows more and more powerful, even as Ian's home looks more outwardly normal and less like Fungus the Bogeyman's bedroom. It's a very compelling - if grimy - depiction of twenty - thirtysomething male depression.

Beyond its smart story and impressive visuals, Motivational Growth is remarkably well turned out. Seeing Combs's name on the poster and credits, I had assumed that his role in the film would amount to little more than a headline-grabbing cameo for a quick and easy paycheck (Trejo's bread and butter these days) but his is a substantial screen presence in spite of a lack of actual, y'know, presence. Some good old-fashioned animatronics round off Combs's fun vocal performance, while DiGiovanni makes for an easygoing lead, like a grubby Tom Hanks in Cast Away. The bizarre writing and direction choices make it difficult to tell what's real or fantasy, while a number of hilarious spoof TV adverts and animated sequences keep the story's limited scope (set in just one location) feeling fresh and fun. Ian's would-be love interest (Leah, played by Danielle Doetsch) isn't so well-developed, but the actress's sparkiness and the smart writing paper over the cracks there, for the most part.

A thoroughly original low-budget gem, Motivational Growth makes great use of what it has - most notably, Jeffrey Combs's voice and a really, really gross looking bathroom.

*Toilet, not bumhole.
0 son(s) of a thousand maniacs 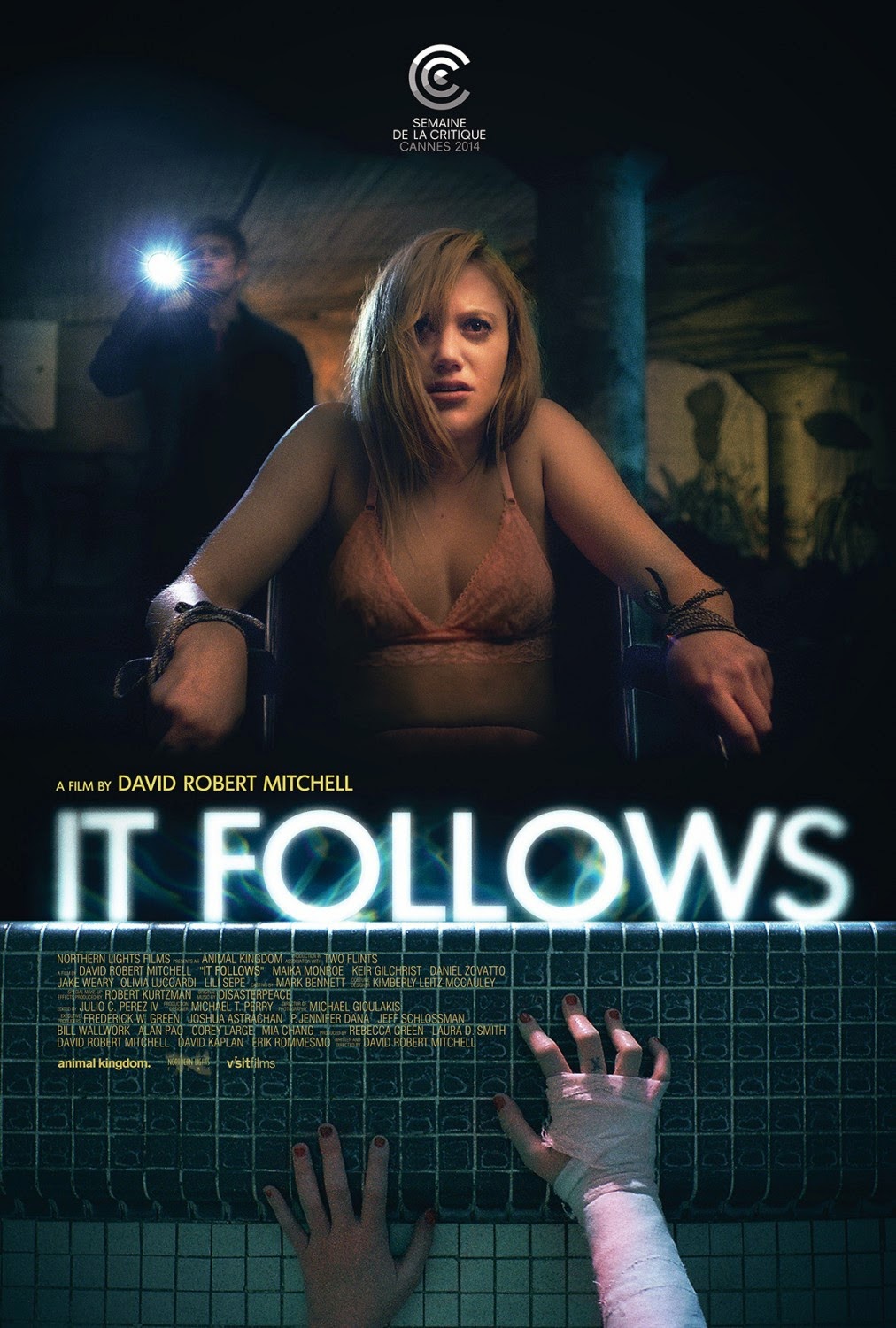 If you thought that bout of herpes you totally picked up from a toilet seat* in 2001 was bad, spare a thought for poor Jay (Monroe) who finds herself battling one hell of an STD (Sexually Transmitted Demon) after a one night stand with the dickhead trying to palm it off on someone else. It refers to the monster, but the film's title could equally apply to Jay's creepy friend Paul (Gilchrist), who wastes little time trying to turn the situation to his own advantage. I'm not friends with him on Facebook, but if I were, I'd expect to see the word 'friendzone' pop up a lot in his whiny posts. 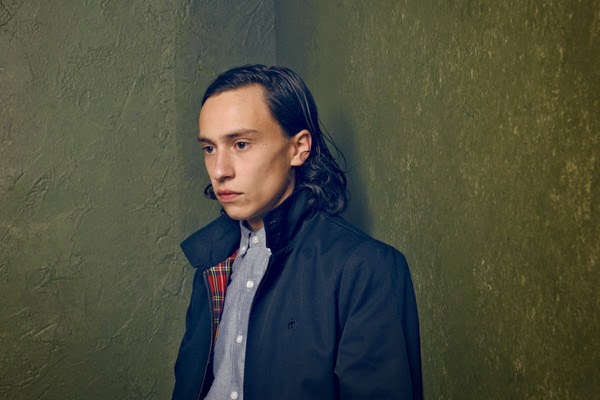 Neighbour Greg (Daniel Zovatto) is quick to jump to Jay's aid too, in spite of him not really believing in the demon (for want of a better word) or the imminent peril which follows. And boy, does it follow, incessantly and tirelessly. Given that Jay spends a good ninety percent of the film running away from an unstoppable murderous force invisible to others, one might think she'd invest in a decent pair of running shoes or, at least, keep the Nikes handy. Instead, she spends most of her time charging around like a barefoot Quentin Tarantino heroine, in various states of undress. Better that, though, than the obligatory pre-credits victim, tottering about in massive high heels and dead less than five minutes later. 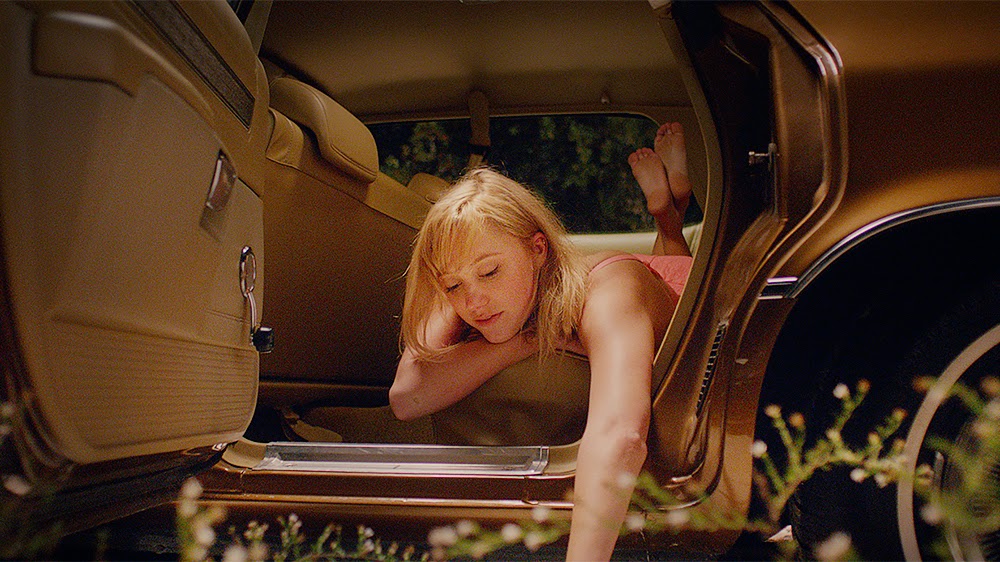 Although its story is good and strong, what makes It Follows so effective is its sense of tone and atmosphere. It does a great job of maintaining the tension and paranoia, reminiscent of Wes Craven's A Nightmare on Elm Street (well, it wasn't going to be the other one) and John Carpenter's The Thing (ditto). The Carpenter vibe holds through to the rest of the movie, particularly in the beautiful soundtrack and establishing shots - surely a riff on his Halloween and stalking of Laurie by Michael Myers. If the work of Carpenter and chums read like anti-sex cautionaries (and there are literally hundreds of textbooks which will testify that they do) It Follows drags the idea out. The big bad slasher man might not be there and then at the moment of orgasm to impale your face, but your actions will catch up with you sooner or later, writer/director David Robert Mitchell suggests. The other reading being that sex is all that's between us and Death, keeping it at bay. Which would be a nice thought, if the male love interests weren't all portrayed as being massive arseholes.

Those who enjoyed the likes of The Babadook and Honeymoon should also dig It Follows. It's smart, original and packs in some great scares - organic ones, too, instead of the cheap 'cat in the basement' variety we've become so used to of late. We could say it does for sex as Jaws did for sharks and water, or Psycho for showers and kitchen knives, but if It Follows teaches us anything, it's that men will probably still try to sleep with you even if they think a horrible sex demon will come to get them for it afterwards.

*That's no way to speak about your ex.
0 son(s) of a thousand maniacs