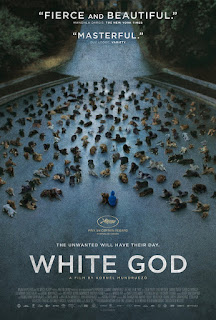 True story: when I was roughly oh-say-eleven-or-so, holidaying at my grandmother's house in Dublin, one of the stupider things I had done thus far with my life was to bark at a neighbour's dog. I say neighbour's dog - it was an unaccompanied little fucker randomly wandering the streets. Like myself, I guess, parent or guardian-less as I was at the time. It was here and there that I took the decision to bark at said random dog - a good, solid (fairly aggressive) woof that could never have been anything less than a dumbfuck stupid idea. Needless to say, that dog took great umbrage, and proceeded to chase Baby Porkhead down the street, slathering (I assume) to rip the wee shite (I assume) to shreds. I would have deserved it. Thankfully I escaped by the skin of my teeth, leaping over granny's fence and landing flat on my face the other side, skinning my knee and bruising my face. What can I say - I would have deserved slathering death and I have, ever since, nurtured a grudging respect (and slight fear) of dogs.

It's this fairly universal fear that informs White God; the thought that these usually benign, cuddly creatures who live among us could turn on us at any moment - terrifyingly effective killing machines with a face full of knives and a dislike of being barked at. Don't get me wrong, I love dogs (I bawled like a baby at Jurassic Bark and certain Santa's Little Helper episodes of The Simpsons) but I'd be lying if I said I'd never wondered how I might kill a dog with my bare hands to save my life if I had to. Hey, you've seen Cujo.

The murderous dog movie and the Marley & Me weep-athon subgenres meet in White God, a film which is in equal measures terrifying and heartbreaking. We watch as young Lili (Psotta) and her trusty dog Hagen (Body) move in with her estranged father (Zsoter) - a situation no-one is particularly happy with. During one blazing row, dad chucks Hagen out in the street (not a local street either), traumatically separating the poor girl from her beloved pet. It gets worse from here as cuddly, friendly and loveable Hagen falls into the hands of various nefarious bastards, with the ultimate eye on turning the mutt into a drooling death machine. This they succeed in, but Hagen has no interest in dogfights, and it's not long before the hound is raising an army to wreak vengeance upon the city which has used and abused them so. This, by the way, is much less stupid than it sounds, using an entirely real cast of actual dogs. It's like Rise of the Planet of the Apes, except very real and mostly plausible. 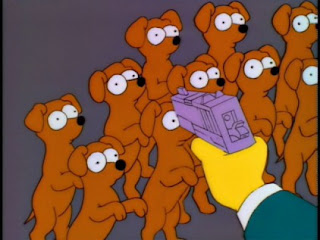 The film would make a great double bill with the equally powerful White Dog, being just as politically and racially charged (it's all allegory, but that title) - and even more emotionally raw. White God is not easy viewing, then. Seeing the world tear Lili and Hagen apart is plenty hearbreaking even before we factor in seeing the cuddly canine beaten and abused while his doggy friends are shot at and murdered. 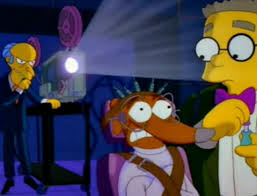 White God is expertly written, paced and cast. If it's a little on the long side, that's because it needs the space to breathe. And what (dog)breaths; it might just be the best film of the year. That's if you can bear to watch it all the way through. What? No, I just have something in my eye. A dog hair, maybe.