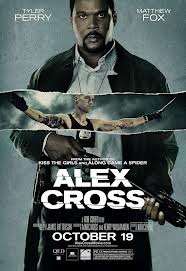 The same Alex Cross, of course, as portrayed by Morgan Freeman in Kiss the Girls and Along Came a Spider. Little game for you. Pretend you didn't know that Alex Cross (the film, not the character) existed. Now, forearmed with the knowledge that Morgan Freeman made two Alex Cross films, pick yourself an actor who you think could play the character in a reboot or prequel of the series. The answer, of course, should be 'anyone but Tyler Perry.'

Alex Constipated, more like. While Perry is not nearly as awful as I had imagined he'd be, his Cross is a thoroughly boring, unlikeable character, lumbering about without wit, charisma or any sense of energy. Factor in an unbelievably misjudged ending which makes Cross look like a corrupt, vicious, nasty bastard, and you have a tremendous waste of one of crime fiction's most famous characters. His fellow cops aren't much better either, with John C. McGinley wasted in a role which doesn't have him shout at anyone or call that Scrubs asshole an, uh, asshole. Thank fuck for Matthew Fox.

Wait, what? Matthew Fox, who was the wettest resident on an island full of drips, emerges as Alex Cross's saving grace. Lovers of Jackface should enjoy his psychopathic Picasso (actually his name) who gurns, snarls and bulges his way through the whole film. Playing an insane MMA assassin, Fox is the only convincing reason to see Alex Cross. His ridiculous level of physicality renders the final fight between himself and Cross a joke (there's no way Cross could ever win) but by then, you'll be used to the stupidity. Alex Cross is effectively Madea playing Morgan Freeman fighting a jacked up Craig David for ninety minutes. 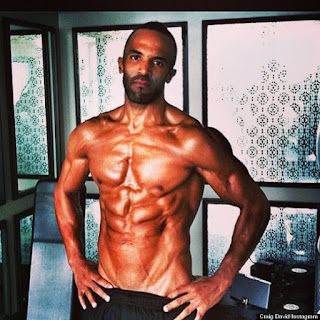 Something for the ladies.

Few will be surprised to know that Tyler Perry is no Morgan Freeman. Everyone, however, should be surprised by how excellent Matthew Fox is in this film. Whether that is sufficient reason to watch Alex Cross remains to be seen, but heck, at least there is a reason, however flimsy. 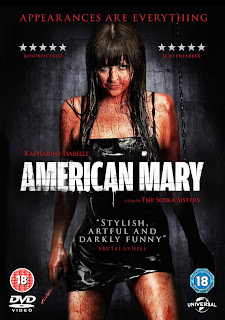 The second coming of Horror Jesus, or something. American Mary is the sort of thoroughly mediocre thing everyone loves these days, along with the work of Tom Six (it's edgy because some woman's sucking arse), Eli Roth (it's edgy because he saw a Takashi Miike film once) and Cabin in the Woods. Modern horror must really stink if this is the best that the new 'Masters' have to offer.


American Mary stars Katharine Isabelle as the titular Mary, a talented young student surgeon who embraces underground plastic surgery as a means to make some cash and get revenge upon those who wronged her at a party once. It's by no means a bad film, but neither is it in any way as good as others have made it out to be. There are some nifty visuals and appropriately grotesque scenes of gore and violence, but it's a very vapid experience. Were it not for Isabelle giving it her all, as ever, her Mary would be unbearable. As it is, she's stuck with an awfully smug, self-aware script. With a story which lacks direction and purpose, it ambles along for awhile before becoming lost up its own surgically stretched arsehole. I repeat, however, that it's not a bad film. Were it not for the overhype and the smug attitude, it'd be a perfectly tolerable watch. I'd probably even be championing it as 'not bad.'

"Appearances are everything" goes American Mary's tagline. Well, no, not quite. You need a little something beneath the hood too.

Come out and Play 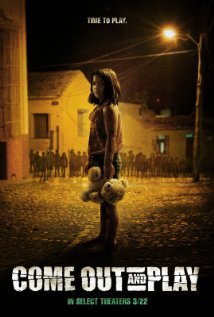 Not just any remake of Who Can Kill a Child? It's Makinov's remake of Who Can Kill a Child? I have no idea who Makinov is, but since the opening credits refer to this specifically as Makinov's Come out and Play, in great big capital letters, he must be important. Like Madonna, or Adele or Fergie. On the evidence of all those people I just named, there seems to be a direct correlation between folks I don't like and folks who don't have a last name. Apart from Batman. He's cool, in my book.


The thing is, Makinov's Come Out and Play is almost exactly like Serrador's Who Can Kill a Child? It looks good and sounds incredible (it's one of the best-sounding horror movies I've ever seen) but plays like a scene-for-scene remake of its predecessor. If you're going to market a remake as being your version of a film, you had better make sure it's damn distinctive. The only way Come out and Play could be distinctive is if you've never seen Who Can Kill a Child? And even then, The Children did it better.

A young couple expecting their first child (Bachrach and Shaw) holiday at a remote Mexican island where the streets are mostly deserted and children roam, looking suspiciously like the birds from off've The Birds. It's not long before Beth and Francis realise that something is very much amiss. Remember that episode of Star Trek? It's like that, except really gory. As with the earlier movie, the best scene is the one in which Francis finally loses his shit and attacks the village children with a plank of wood. It's only the scenes of gore and violence that manage to better Serrador's film, which are genuinely cruel and nasty at times. Well, battering children to death with a plank of wood is a bit of a taboo.

In spite of its good looks, vicious kills, sharp direction and fancy acting (Hills Have Eyes victim Vinessa Shaw shines) Come out and Play is a waste of time. If you've not seen the original movie, I'm sure you'll love it. If you have, however, it's a vapid disappointment. Come out and play? Thanks, but, um, I'm washing my hair. Or something.