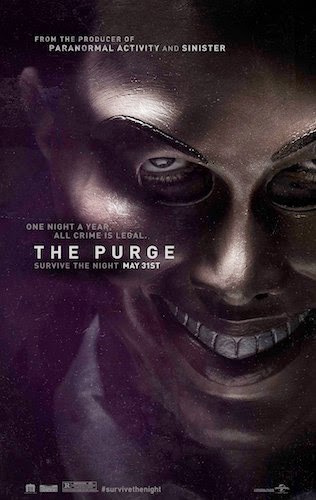 One night a year, crime is made legal. That night, known as 'The Purge' is intended to give frustrated yobs and wannabe criminals the opportunity to cut loose and trash shit to their hearts' desire. Like The Hunger Games, except even less feasible in reality. Although, you know, there is a lot to be said for a society in which it is totally legal to burn down your place of work or punch that arsehole co-worker in the face for one night of the year.

James Sandin (Hawke) is a designer of high-end security systems, married to the lovely Mary (Headey) and father to two delightful children (Max Burkholder and Adelaide Kane), settling down for another uneventful Purge. Rolling down the shutters and hunkering down into their bourgeois, the last thing the Sandins expect is for the Purge to come a'knocking on their very door. Which is a bit silly, since the first places you'd expect to see fucked up by the unwashed masses would be the massive homes of wealthy bell-ends.

What follows is like The Strangers by way of You're Next, but not nearly as good as either of those things. It has a nice idea (if totally flawed) but pants execution and a lack of scope. In a world of the London Riots and the badly-behaved little shits behind them, there is room for a film like The Purge and its ideas, but that film is not The Purge. It aims for something deeper as the family happen across an innocent victim (Edwin Hodge) pursued by the Purge's masked marauders, but doesn't really do anything with it, or with him.

That's a shame, because Ethan Hawke and Lena Headey deserve so much better. Especially Hawke, who isn't snobby about taking genre material (I've loved him since the underrated Assault on Precinct Thirteen remake) but not so great at actually choosing the right genre stuff. Headey is brilliant, because she always is, especially during the film's final moments.

A good idea unsupported by its script or story, The Purge is a dingy, dull failure. If The Purge were a real thing, you could spend it illegally streaming The Purge, which is the only way I could recommend watching it. 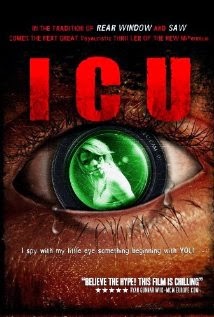 A horror film I sought out only because I heard Margot Robbie (of recent Wolf of Wall Street glory) was in it. Not in a weird stalker way, but watching Wolf of Wall Street, I thought, 'I would like to see more of this Margot Robbie lady'. Well, maybe in a weird stalker way, but no more so than anything else I think or do. Robbie is almost front and centre in I.C.U, a serial killer thriller in which a serial killer targets the three youths who have been spying on him as he carries out his vicious crimes.


She may not have been a big name at this point, but Robbie is the sole highlight in a film full of annoying actors, even worse characters and ugly visuals. It has a startlingly unsettling atmosphere, to be sure, but in almost every other respect, I.C.U is a failure. The marketing would have you believe that this is in the same vein as the likes of Rear Window, but that's a joke. Even the Shia LaBeouf semi-remake is preferable to this.

Like the awful Ricky Dickson (James Dean, but not the good one), the camera leers at Robbie, requiring her to be either showering, swimming, tied up or half-naked in every single scene. She does all of those things very well, but it's hardly progressive, and leaves one feeling almost dirty for watching it. That sense of voyeurism is well captured and in line with the film's themes and tone, but it doesn't make for a pleasant viewing experience. 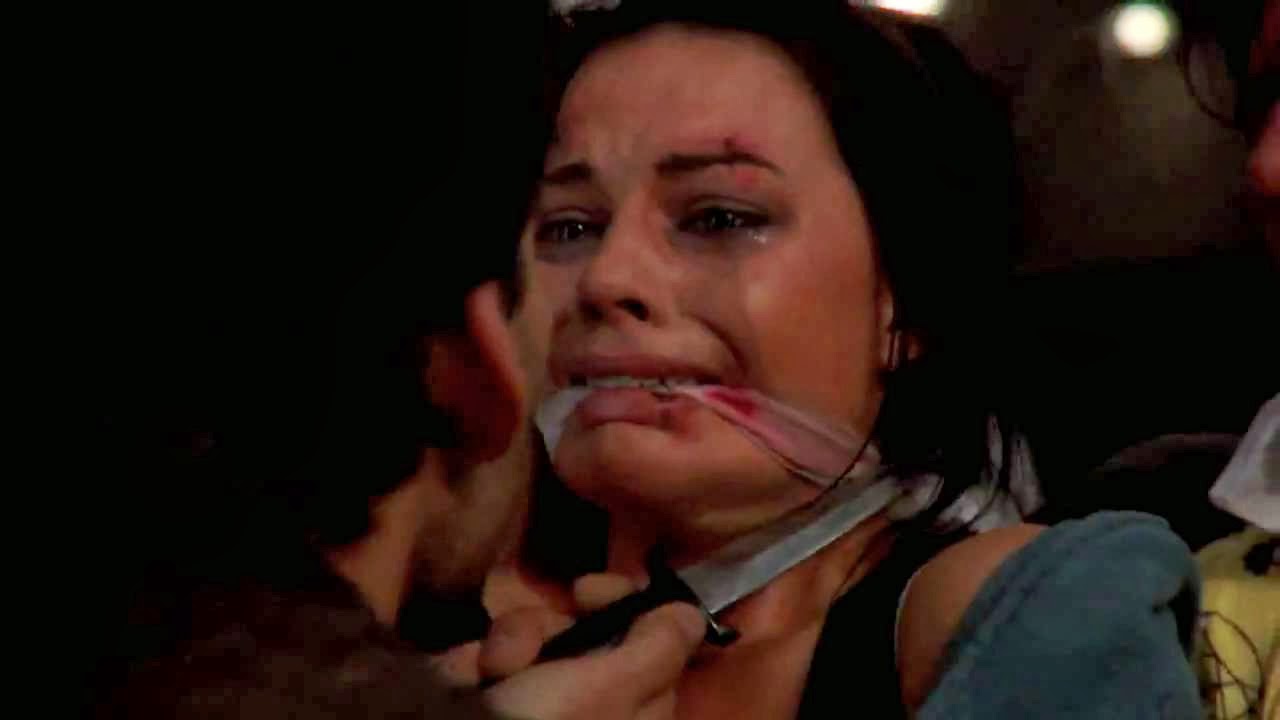 Finishing with a ridiculous twist, I.C.U is an annoyance throughout. The director Aash Aaron pops up as the kids' angry cop dad, turning the whole affair into a sweary, stupid(er) farce. I'm glad that Robbie has gone on to bigger and better things, since it means that I won't have to watch more rubbish like this to get my fix. I.C.U? I wish I hadn't. 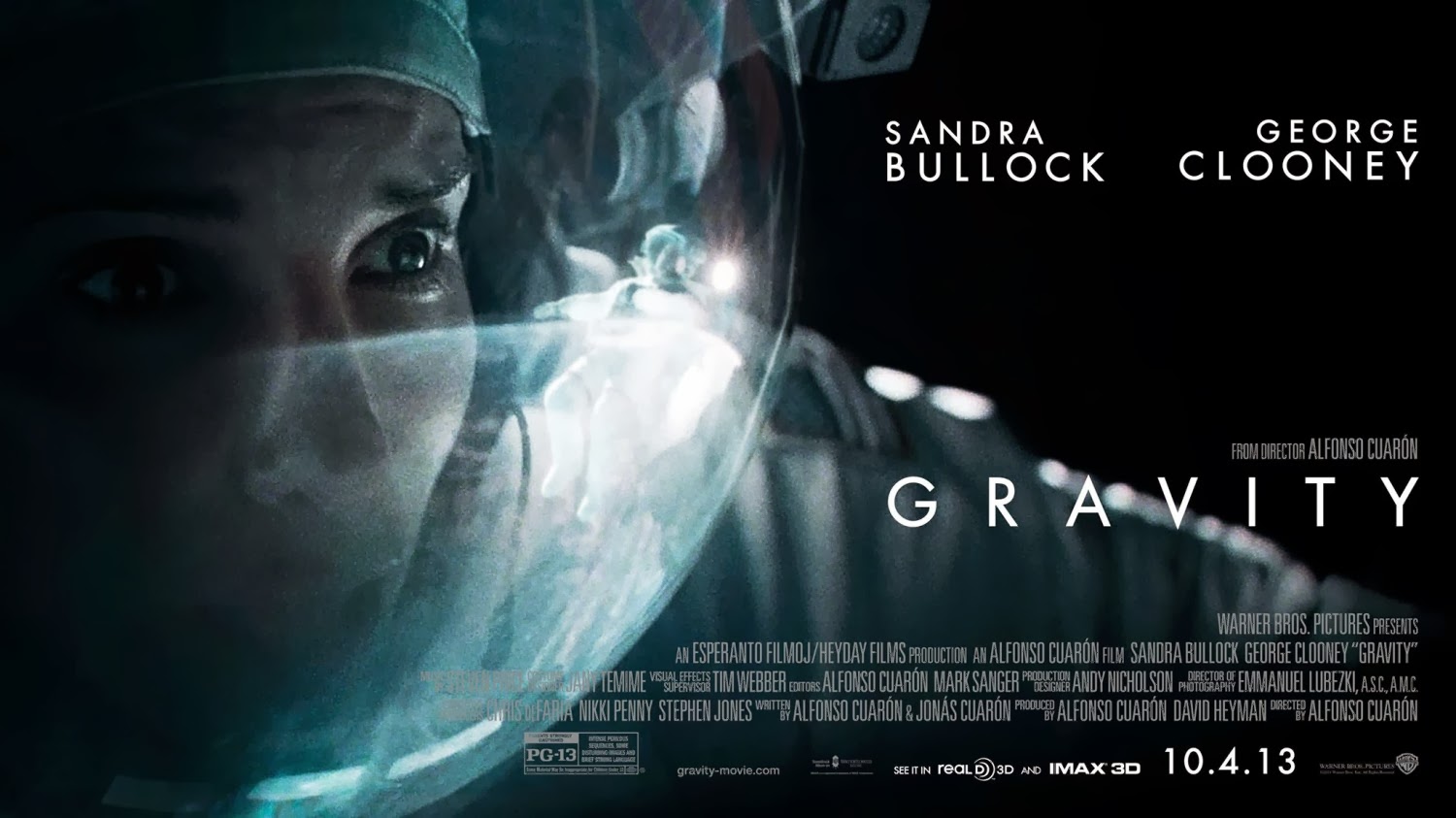 To be fair, if I were trapped in space with barely a hope of survival, George Clooney would probably be the only person capable of talking me out of complete hyper-ventilation too. Busy on a deep space mission, medical engineer Ryan Stone (Bullock) and astronaut Kowalski (Clooney) struggle to survive after disaster leaves them both stranded adrift with limited resources and no contact with Major Tom (Ed Harris).

For once, this year's big Oscar film lives up to the hype. I have never been a fan of Sandra Bullock before now, but Gravity made me want to jump in a spaceship and go give her a hug. George Clooney is also great, but then, he always is. It hooks from the very beginning and never lets up, from the initial assault onwards.

It looks fantastic, with the action convincing throughout. Stunning whether on the big screen or small, 3D or not, it taps into a universal fear, like 127 Hours in space with rapidly rotating wreckage instead of James Franco and a rock. The tension is almost unbearable; I found myself squealing in alternate frustration and terror as Bullock's Stone struggles to survive, rarely caching a break. It's a relentless ride from start to finish, impressing in terms of characterisation, scripting and story. It may not be a horror film as we know it (Jim) but Gravity is terrifying at times.