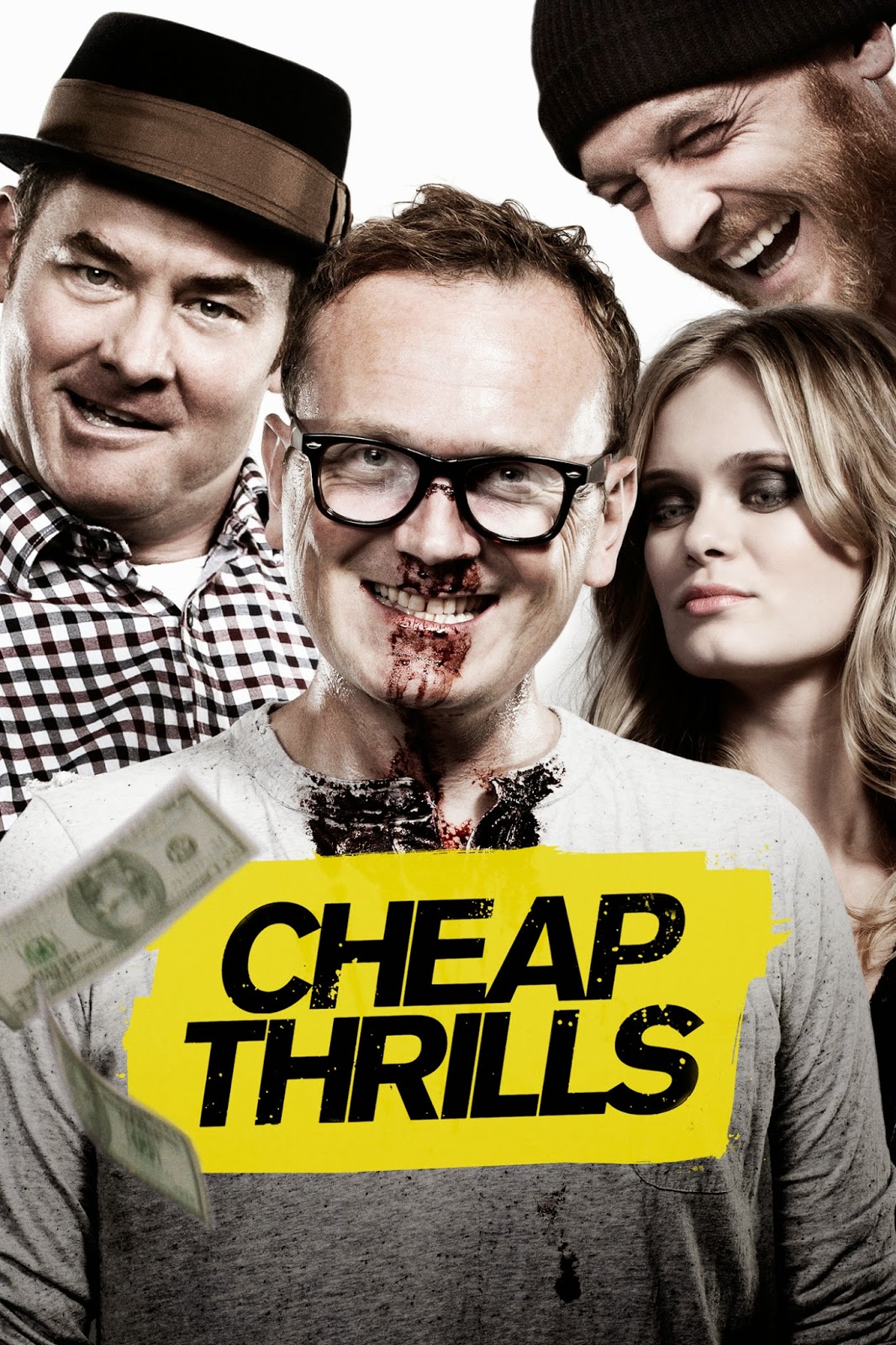 Essentially, the movie adaptation of that stupid game you and your dipshit buddies used to play where you'd stand around asking each other questions like "how much would somebody have to pay you to chop off a finger?" and other such deep, existential dilemmas. This film is what happens when you throw Champ Kind from off've Anchorman and a serious amount of money into the mix.

In Cheap Thrills, down-on-his-luck dad Craig (Healy) hits a gloomy dive bar in order to drown his sorrows. There he runs into old friend Vince (Embry - looking a lot like Tom Hardy) and heavy drinking commences. There they encounter rich couple Colin (Koechner) and Violet (Paxton), out celebrating the latter's birthday. As you might expect from a drinking session with a man who resembles The Rich Texan from The Simpsons, a quiet night in the pub is not on the cards.

I had heard good things of Cheap Thrills, but still I approached with caution. After suffering through umpteen-or-so movies called Truth or Dare (or some variation thereof), I must admit to fatigue when it comes to films about people being forced to sit around mutilating themselves each other for some weird bastard's sadistic pleasure. Thankfully, Cheap Thrills is not that movie. Make no mistake, people do sit around mutilating themselves and each other for another's sadistic pleasure, but the story is infused with much more wit and energy than you'd get from any film called, say, Truth or Dare.

Perfectly cast, frequently hilarious and even more frequently nasty, it delights in subverting expectations at every turn. To go into too much detail would be to spoil the fun - the highlights of which involves a dog, trying to take a shit and a crucial photo of David Koechner on the mantelpiece. Best of all, nobody is 'forced' to do anything. I had expected a scene in which Champ Kind pulls a gun and tells our heroes that "no-one can leave. Now cut off a testicle" - but it never comes. A lesser film would have the action descend into a nonsensical gorefest, but Cheap Thrills does a great job of handling its own logic and 'rules'. It's consistent, which is underrated, in this day and age.

A barnstorming bruiser of a movie, Cheap Thrills is tremendous fun. To employ the laziest of movie reviewing cliches, it's a film that does exactly what it says on the tin.