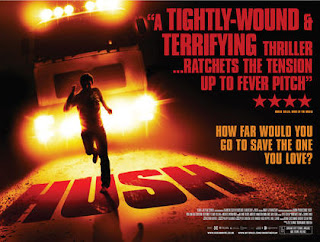 Like Haute Tension without much tension or Breakdown without The Kurt Russell, Hush is a formulaic, miserable little Brit-horror that struggles to stand up next to even Roadkill. And that movie had Paul Walker in it.

The problem is, we’ve seen so much of it before. Zakes notices a kidnap victim in the back of a big white truck on the motorway, and decides to follow, therefore alerting the kidnapper and drawing his wrath (Jeepers Creepers). After he bickers with girlfriend Beth, she disappears (Breakdown), leaving Zakes to chase the truck down the motorway, up until the kidnapper decides to get rid of his pesky pursuer (culminating in a bathroom stalk 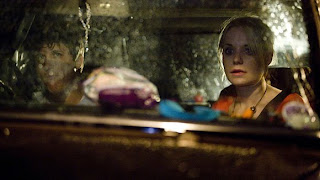 -and-chase similar to that seen in Haute Tension and probably half the horror movies you’ve ever seen). The movie climaxes in what looks like the killer from Wolf Creek’s hideout. And then, you’ll switch off your DVD player with a feeling of disgusted boredom not dissimilar to the aftermath of having watched The Hitcher remake…

But the difference between this and those movies is that Hush is British, and so therefore it always seems to be raining and everyone is fucking miserable. Being a straight Brit-horror, this means that the tone and cinematography is grimy, depressing and utterly humourless throughout.

The script is naff, and the acting not much better. None of the characters are particularly likeable; Zakes is a dedicated slacker, Beth a whingeing, cheating sulk. Her being kidnapped leads to a little arc in their relationship (Zakes has to work at something for once in his life) but you’ll probably hate them both too much to care anyway.
There are a few nice little touches and twists, albeit nothing spectacular. The killer works, and the cat-and-mouse bit at the end is done rather well. But sadly, the rest of the movie is all too average, and let down by its unlikeable characters and pedestrian acting.

Email ThisBlogThis!Share to TwitterShare to FacebookShare to Pinterest
Labels: Thriller

Diagnosed with terminal arse cancer, Andre (Raybon Kan) and fellow cancer sufferer Juliet (Jessica Grace Smith) are sent to spend the weekend undergoing medical trials at a locked-down facility, under the watchful eye of sinister Nurse Bates. As they are pumped full of experimental drugs (or, perhaps, placebos) the pair experience a variety of horrifying visions and nightmares. Are they simply hallucinating, or are more supernatural elements at play here? 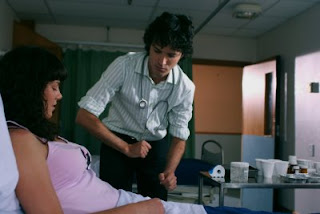 th billed as the ‘Flight of the Conchords’ horror movie, many will no doubt be disappointed to find that the Concords hardly appear at all (and likewise, non-fans will be pleased to discover that the movie is watchable to those who can't bear the duo); hairy Jemaine Clement is relegated to a cameo at the beginning, whilst Rhys Darby is in but a paltry two scenes, book-ending the film. Bret McKenzie appears throughout, but is but a bit-player in the major scheme of things. So the ‘Flight of the Conchords movie’ doesn’t really star the Flight of the Conchords. And nor is it, as the blurb proclaims, ‘as funny as Shaun of the Dead’ or ‘as horrific as Severance’. But enough of what Diagnosis: Death isn’t. Because this is its own beast entirely.

Part J-Horror riff, part daft romcom, Diagnosis: Death is as delightfully odd as the Conchords’ equally brilliant TV sitcom. The humour is subtle and deadpan throughout, whilst the horror is slight but effective. All of the cast do fine jobs (particularly Suze Tye as the s 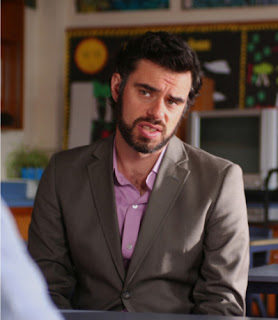 urprisingly scary – and also entirely alluring – Nurse Bates). This reviewer may have also have fallen a little bit in love with the adorable Jessica Grace Smith. Raybon Kan does a sterling job as the male lead. The movie’s real star, however, is its witty and clever script (Rhys Darby’s doctor offers the terminally ill Andre a refund if he manages to live longer than the initial prognosis).

The movie’s slightly kooky tone might not suit everyone’s tastes, however, as the emphasis tends to focus more on the growing love of Andre and Juliet, leaving some of the horror stuff to the wayside. It’s a surprisingly sweet and touching story but, indeed, the ‘ghost story’ is Diagnosis: Death’s biggest misstep. The villain’s doesn’t really seem to be much of a motive, and it’s all a bit predictable for the more jaded of viewers.

Again, the advertisements might proclaim this to be ‘horrific’ and inspired by early Peter Jackson, but there’s hardly any gore at all (apart from a couple of good gags in the latter stages), but if you can get over what Diagnosis: Death isn’t, you may just have fun with what it is.

And, while we’re at it… “Prescription: Well, nothing, you’re dead.” Best tagline. Ever. 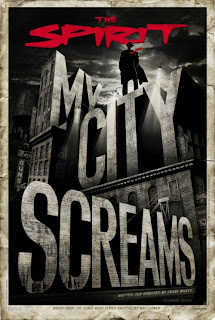 Following the All-Star Batman & Robin debacle, Frank Miller hammers a few more nails into his own coffin with The Spirit, a movie adaptation of the strips as created by comic god Will Eisner. Whereas the comic was a highly influential hardboiled noir thing, Miller’s Spirit is a crazy mishmash of Sin City and Joel Schumacher’s Batman & Robin. But at least Samuel L Jackson is having a good time… and so will you, forewarned with the knowledge that The Spirit makes no sense whatsoever.

Gabriel Macht stars as the titular Spirit; and is one of the few things that first-time director Frank Miller gets wholly right. Samuel L Jackson is also reliably entertaining as the Spirit’s nemesis, Octopus (“I have eight of everything!”), despite the fact that his motives are pretty stupid. The plot, as it were, concerns Octopus trying to steal Hercules’ blood. Really. But unfortunately, he ends up getting Jason’s Golden Fleece by accident, and must trade with the Spirit’s ex-squeeze (Sand Seraph, as played by Eva Mendes) to get his hands on the blood. Because that will make him immortal, apparently. 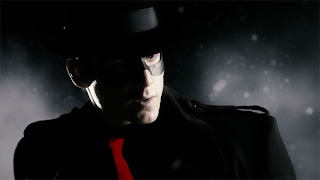 Thankfully, The Spirit is nowhere near as unwatchable as its reputation might suggest. Devotees of the character might balk at Miller’s cack-handedness, but everyone else will probably have fun here.

Technically, The Spirit is probably one of the worst movies ever made. It looks fine enough (although I’m not a great fan of the Sin City/Max Payne school of cinematography) but pretty much everything else is terrible. Leading duo aside, the acting ranges from passable (Eva Mendes) to substandard (Scarlett Johansson) right down to fucking awful (Stana Katic). Frank Miller’s screenplay is probably the worst thing about the movie; the last half hour, particularly, has Octopus delivering a speech even a Bond villain would be ashamed of (not only does he give away his motive, but he also goes to great lengths to tell the Spirit how immortal he too could be if he were to drink Hercules’ blood). There’s also a horrible amount of scenes in which Octopus tells the Spirit just how similar they are (Spirit: “no… I’m nothing like you”) – a cliché which should have died years ago (sadly, still alive in the likes of this and X-Men: Origins). But the very best line is where Octopus tells the Spirit: “You were as dead as Star Trek.” Oops.

It’s a surprisingly puerile movie from the man who brought us The Dark Knight Returns; with toilet humour and stupid violence running amok throughout (that’s not a criticism). One bit, for instance, has the Spirit dangling from a building with his trousers around his ankles, whilst a gaggle of girls stand, staring and giggling in an elevator. Another bit sees Eva Mendes make photocopies of her arse. It’s like C Technical idiocy aside, Jackson’s villain deserves a whole paragraph – hell, a whole review – to itself. It’s a performance even more over-the-top than Colin Farrell in Daredevil. From the moment he appears onscreen, it’s entirely obvious how much fun Jackson is having with the role. Mind you, it’s hard not to enjoy yourself when a script asks you to dress up in a Nazi uniform/kimono, be obsessed with eggs and melt kittens. Gabriel Macht does an admirable job as the Spirit, but is sadly no match for Jackson, who devours the scenery like Kerry Katona at an Iceland buffet. And yes, he says “motherfucker.”

The Spirit, then, is a movie in a similar vein to the Punisher films and Crank 2; bloody entertaining, but ultimately, critically unsuccessful. Still, it’s hard to be critical about a movie in which the villain beats up the hero with a toilet. “Toilets are always funny!”