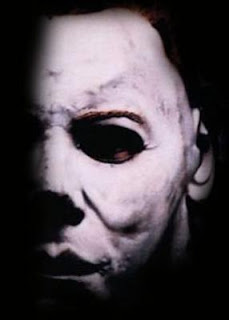 We (well, I) love to celebrate Halloween here at the horror review hole. And what better way than to review each and every Halloween - from John Carpenter's original masterpice, right up to this year's Rob Zombie sequel - back-to-back??
Halloween - "More than your average sleazy, stupid slasher movie - so well executed that it transcended its boundaries to become widely and rightfully acknowledged as one of the greatest horror movies ever made"
Halloween II - "The original Halloween sequel to not suck and be set in a hospital"

Halloween III: Season of the Witch - "The one where nobody comes home"

Halloween IV: The Return of Michael Myers - "a strong, above average entry to the series. A welcome return from a true horror icon."

Halloween V: Michael Myers' Revenge - "not really worth seeking out unless you're desperate or a completist. Or a desperate completist"

Halloween: The Curse of Michael Myers - "The one with Paul Rudd vs Michael"

Halloween: H20 -"One of the better sequels, H20 wisely ignores all of the stupid continuity issues that gathered up over the course of Halloweens 4-6 and gets on with telling a good old-fashioned slasher story"

Halloween: Resurrection - "The Batman & Robin of slasher movies, but with no Nolans around to repair it afterwards"

Halloween (2007) - "Worse than the stupidest of the Halloween sequels (yes, even more so than kung-fu Busta Rhymes), Zombie brings us irrefutable proof that he's a bad director even when working with other people's material" 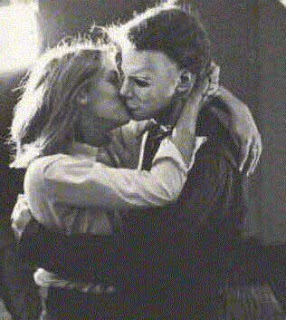 Email ThisBlogThis!Share to TwitterShare to FacebookShare to Pinterest
Labels: halloween