Halloween 4: The Return of Michael Myers 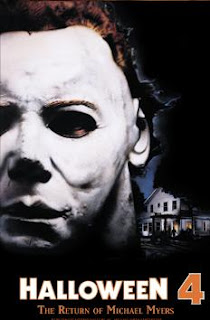 Director: Dwight H. Little (1988)
Starring: Donald Pleasance, Danielle Harris, Rachel Carruthers
Find it online: IMDB, Amazon UK, Amazon US
After an unsuccessful (but not uninteresting) attempt to pull the series in a different direction with Season of the Witch, this third sequel gets things back on track by bringing back the Shape. And, just to let you know they were done with all that originality stuff, the makers advertised it in the title.

Doc Loomis is back too, but not unfortunately not Laurie. Because star Jamie Lee Curtis wanted none of this nonsense (too busy hanging around with Pythons and Fishes Called Wanda), she’s written out as having died in a car accident (on a personal note, I truly hate it when a series kills off a non-returning character in such an ignominious way. I was glad to see Curtis’ death retconned in H20). So in Laurie’s absence, Michael has a niece to hunt down instead.

Yes, trivia fans will be interested to see a young Danielle Harris (that’s right, Annie Brackett of the Rob Zombie remakes fame) starring as Jamie, Laurie’s seven-year-old daughter. Kinda makes you feel iffy about ogling those titties in Halloween ’07, eh? To her credit, she’s less annoying than your average child actor and was one of the few good things about Zombieween. Poor little bugger is bullied relentless at school as a gang of kids follow her down corridors chanting “Jamie’s an orphan” and teasing her about her psychopathic uncle. Harsh. 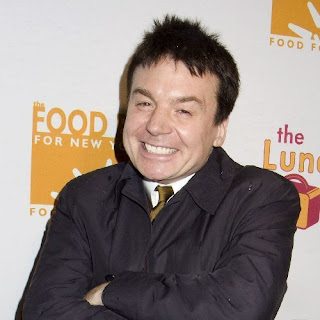 Obligatory Mike Myers joke
Talking of whom, Michael is catatonic in hospital at the start of his Return. But, after a doctor lets it slip that he has a niece, he immediately breaks free and sets out hunting her down. And you thought your relatives were bad. Before finding Jamie, he confronts Loomis in a roadside cafe. As bad a shot as ever, Loomis fails to kill Michael and instead blows up a small gas station. Being a creature of stubborn habit, Michael heads off back to Haddonfield and finds himself a freshly dirty pair of overalls and a new Shatner mask.

A very good little sequel that doesn’t besmirch the original’s name. The spared use of Michael and the building of tension throughout is excellently managed, whilst I thought Jamie’s hallucinatory dream scenes were well done (actually one of the things I liked in Zombie’s H2). The kills, whilst not overtly gory, are memorable and cool (one character is impaled on a shotgun. Nice). It’s let down somewhat by a slow, kinda predictable second half, but redeemed again by the time Michael takes on one of the teens in a fistfight. If you’re paying attention, you’ll probably see the ‘twist’ coming. I won’t spoil it, but it represents the start of the series’ greater stupidity that bloomed in episodes 5 &6.

H20 gets a lot of recognition for being not-shit, but Halloween 4 is actually a strong, above average entry to the series. A welcome return from a true horror icon.
3/5 screaming Scream Queens!!!