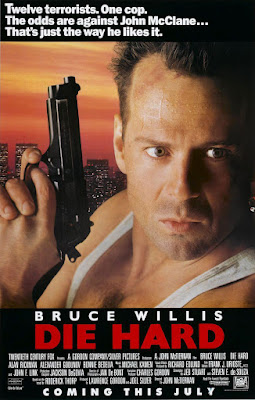 Terrorists at a Christmas party, 'Let it snow! Let it snow!' on the radio, and a Christmas tree. Of course Die Hard is a Christmas film. And not only that, but one of the greatest action movies of all time too. Die Hard is so influential that the sheer amount of imitators since have left it feeling a little dated and predictable when viewed for the first time by virgin, heathen eyes. And the less said about its sequels that aren't With a Vengeance the better.

A classic, but not a holiday one, which only makes it more acceptable to watch all year around. As if you needed an excuse. Good Era Bruce Willis is John McClane, but you didn't need me to tell you that. Trapped in an enormous tower block as terrorists attack on Christmas Eve (which you didn't need me to tell you either), McClane is the one man who can stand against the charismatic but terrifying Hans Gruber (Alan Rickman, which you absolutely already knew). All this, and without shoes. What he does have, however, is pure working class spirit, a rebellious streak as wide as the Plaza itself, and a hell of a potty mouth. 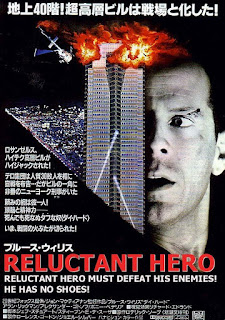 If you're the sort of grump who has to ease into the festive spirit with a Christmas film that isn't really a Christmas film (see also: Batman Returns), then Die Hard is the perfect winterval gift. It's violent, sweary and full of explosions, but still sneaks in a bit of that Christmas goodwill between all the gunfire. The sequels may have let his marriage to Holly hit the skids again, but John's reconciliation with his wife here should warm the cockles of any old Scrooge's heart. But if that romance doesn't do it for you, there's always McClane's sweet friendship with beat cop Al and his undeniable chemistry with the villainous Gruber.

As with everything else, the shitshow that was 2016 makes watching Die Hard a bittersweet experience. Bruce Willis no longer gives a shit. Thanks to that and Jai Courtney, the franchise name is now worth less than that of its imitators. And of course, this being the year we lost the magnificent Alan Rickman. We can, at least comfort ourselves with his movies. Some may go with his turn in Love, Actually, but Rickman is more likeable in Die Hard. At least he's honest about his being an utter bastard (pretending to be an American hostage aside).

Willis is on top form here, but it's Rickman who owns this one. Magnetic, charismatic, imposing and with such unmistakable diction, even in a German accent. Its magic ingredient, Alan Rickman is the ace up Die Hard's sleeve, even after all this time. 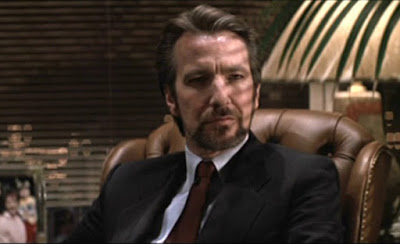