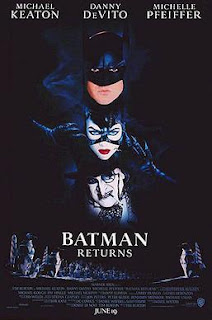 Tim Burton, a giant Christmas tree full of bats, Alfred doing his Christmas shopping, and Gotham City in the snow. Just try telling me that Batman Returns isn't really a Christmas movie and I'll tell you how wrong you are. Alright, like Die Hard, Filth and many Shane Black joints, the Christmas element of Batman Returns is just incidental enough that we can watch it all year around, but it wears its festivities upon its sleeve, kisses beneath the mistletoe and all.

This is a funny way to preface a love letter to Batman Returns, but Batman Returns is a terrible Batman movie. It might be the least faithful Batman movie ever made, featuring a Batman who murders more casually than even Ben Affleck and can't hold a candle to the heroism of Val Kilmer or George Clooney. In terms of its source material, Batman Returns is an absolute travesty. Say what you will about the rest, but they remained faithful to some version of Batman or another - be it camp, tortured or Frank Miller. Not so the Batman of Batman 1989 and its sequel - this is Tim Burton's very own take on the character, beholden to none...*

And yet. Batman Returns remains my favourite Batman movie of all time, head and shoulders above even The Dark Knight or Batman '66. I detested the murderous Batman of Batman v Superman. I balked at the "...I don't have to save you line" in Batman Begins. Batman tying a gargoyle to the Joker's leg and watching him drop off've the side of a building troubles me to no end. And yet. In Batman Returns Batman straps a bomb to a guy, drops him down a manhole and lets him explode. With a smile. And this is my favourite moment in Batman Returns. 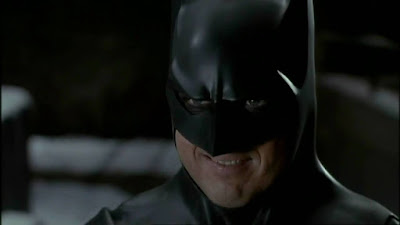 Batman Returns is a film which plays entirely by its own rules, shrugging off the conventions of most comic book adaptations or action movies to do its own thing, yet still keeping everything which worked about the original film. Michael Keaton is wonderfully weird as Bruce Wayne. Michael Gough, pitch-perfect as Alfred. The car and the suit. Danny Elfman's theme. A properly Gothic looking Gotham City. Paul Reubens in the pre-credits sequence. Hell, that whole pre-credits sequence...

Danny DeVito and Michelle Pfieffer are the (pre-reboot) franchise's iconic villains, lacking the baggage (and, perhaps, one-dimensionality) of the Joker, which gives them some leway  in depiction and performance. And, of course, Christopher Walken as Max Shreck, who was made up for the film but steals it anyway.

The Mike Pence to Oswald Cobblepot's Trump, Max Shreck aids the quacking creep as he runs for Mayor of Gotham City. Watching in 2016, it's eerily prescient. I know, we say that about everything these days, but that dialogue is spot on at times. "It's not about power. It's about reaching out to people," says the Penguin of his policies, "touching people. Groping people." Then, mere moments later, of Catwoman, "Just the Pussy I've been looking for." Which would make poor Batman (again, a bit-player in his own movie) the Hillary Clinton of the piece, framed on a trumped up murder charge.

"The glory I yearn to recapture is the glory of Gotham!" speechifies the Penguin from his lectern. In other words, 'Make Gotham great again', right? Ultimately, Cobblepot is undone after Gotham overhears him badmouthing the city and its citizens - playing them like "a harp from hell." Which is, sadly, the one thing Batman Returns got wrong. Hizzoner the Trump tweets shit like that all the time and look where he ended up. 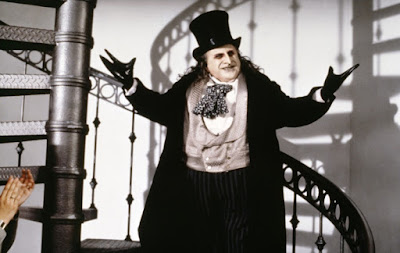 It's not all politics though: Batman Returns also takes in the hottest superhero screen romance we've ever seen; Pfieffer's puberty engine catsuit and the sizzling dialogue ("mistletoe is deadly if you eat it...") managing to bypass what is, admittedly, a lack of chemistry between herself and Keaton. His bulky, immobile Batsuit doesn't really help matters either. It's hard to feel sexy when you're walking around dressed like your car.

The Dark Knight had a rough road ahead following Batman Returns. After Burton and Keaton hit the road, the franchise would stumble on to one passable entry - the underrated but still quite bad Batman Forever - before being bludgeoned to death with neon camp in Batman & Robin. Things are on a (relatively) even keel now, but there's no Batman movie I return to more, or have fonder memories of, than this one. All year round. What, it isn't really a Christmas movie... is it? 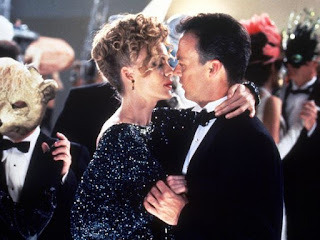 *Except maybe for those very earliest issues by Bob Kane and Bill Finger, in which the Bat was still figuring his shit out and nobody was quite sure what he was supposed to be.