What I'm Thankful For: a Thanksgiving special 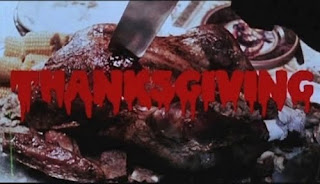 Over here in the United Kingdom, we don't really celebrate or care about Thanksgiving. Being a blogger though, I do celebrate and care about any excuse I might have to share my witless opinion. And you get to read it. Although I know no-one actually reads this blog so I'm not sure why I said that. Or am writing this. Also, I'm an athiest and an ingrate, so don't like thanking higher powers for things. We'll forget all about that for this one post, as I take note of all the things I has been thankful for this year and also forever:
- I'm thankful that I live in a world where Machete, The Expendables and The Taint could get made
- I'm thankful that I exist in the same plane of existence as Zooey Deschanel
- I'm thankful for Timothy Olyphant
- I'm thankful for The Walking Dead
- I'm thankful to be seeing Meat Loaf live next month (don't fucking laugh)

- I'm thankful for Bruce Campbell
- And finally, on a soppy note, I'm thankful for my family and friends, to the few of you that read this miserable blog and, well, did I mention Zooey Deschanel? 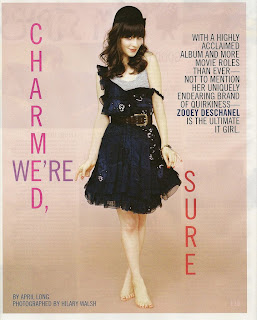 Shut up, I admit it: this article was nothing but a wafer-thin excuse to post pictures of Zooey Deschanel