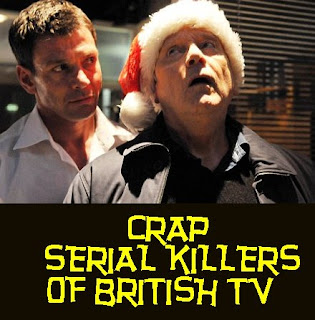 An episode of the Review Hole that even your granny can read! The rest of the world might think itself clever with The Wire, Dexter and its Wallander and other such incredible TV, but never let it be said that us Brits can't do compelling telly drama. Whilst our soap operas are mostly content to settle for boring affairs between ugly people, every so often a telly executive will introduce a serial killer to up the ratings and kill off a few less popular characters. Here, dear reader is a list of the three most prolific. No wait, the other thing... really, really shit. 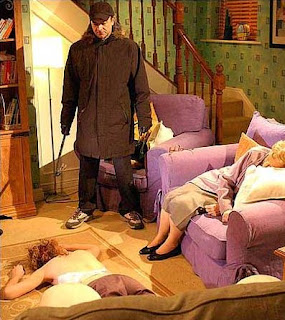 Richard Hillman (Coronation Street)
Eeeh, it's grim up north. Coronation Street details the uninteresting lives of uninteresting people in the fictional district of Weatherfield, Manchester. Aside from Red Dwarf's Dave Lister, nobody has a Mancunian accent, although it does have the Doctor from off've Empire of the Sun and Snoop Dogg lists himself as a fan. The first of our serial killers is perhaps the most famous on the list; the now-infamous Richard Hillman (well, infamous if you're 65 and read The Radio Times). Looking to cash in on a life insurance deal or something, he bludgeoned an old woman and an annoying bimbo woman to death with a crowbar and let some fella die after falling down a flight of stairs. Dastardly. 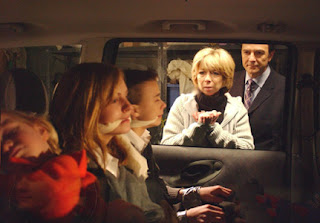 As his heinous crimes were unearthed by hamster-faced wife Gail, Richard (AKA "Norman Bates with a briefcase") went crazy and tried to kill his family, driving their car into a canal. Sadly for our inept killer, nobody died except for himself. And so ended Coronation Street's tenure of being mildly interesting. Regional dullness would follow, punctuated by the occasional affair and 'comedy' 'interlude'. Until our next offender came along, that is... 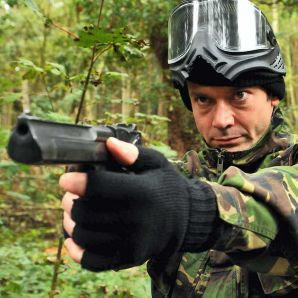 Tony Gordon (Coronation Street)
Hoping we'd all forgotten about the virtually identical Richard Hillman killings, Coronation Street brought in its next serial killer character. A one-eyed bumbling Scottish villain named Gordon? No, not that one: I'm talking about Tony Gordon, knicker-salesman cum Resevoir Dogs reject. His initial crimes started off as crappy as they always do. Bits of blackmail, mild threatenings and the menacing of an old man. Then Tony killed some bats and we knew he'd reached the next level of mundane evil. Overcome with a fit of jealousy, Tony a love rival murdered, then went and made himself some advances on the dead man's wife. His plottings were eventually uncovered by a trainspotter, and Tony was duly sent to prison for murder: 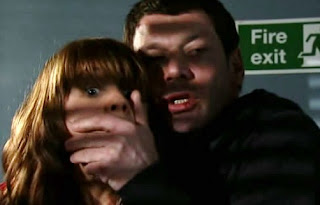 Well, for about five minutes. Following his confession, Tony had a change of heart and broke out of prison, looking for bloody vengeance. So he kidnapped his ex-wife, his one true love, and a local transsexual (not all the same person, honest) and set fire to the knicker factory with them all in it. Once more, nobody died except for Tony himself. Go ineptitude. 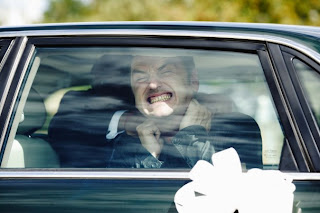 A serial killer so recent he's still at large. If I was black/a Christian, I'd be offended by its depiction of preacher Lucas Johnson. There are still relatively few black characters in our soaps, and even less openly Christian characters. And so Eastenders makes one of its most prominent black characters an ex-gangbanger, and then has his Christianity turn him into an actual serial killer. With black leather gloves and everything. Victim no.1 is ex-wife, sometime fuckbuddy and crackhead Trina. Technically not murder, since she steps on a rake (yes, just like in that episode of The Simpsons) and bleeds out. Although his leaving her to die is morally and legally dubious. Second victim is his current-wife's ex-husband and abuser Owen. Poor Owen gets strangled in the back of a car then buried under a tree. His next victim escaped the hangman's noose thanks to a real-life and quite prolific murder case which saw the BBC refilm scenes where Lucas murders a prostitute. Disaster averted. 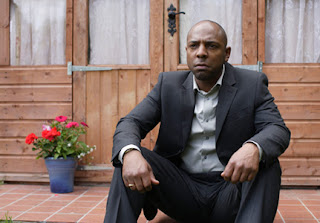 Well, for about five minutes. Mere weeks later, Lucas lost it again and strangled wife Denise in the back of a car. All this whilst proclaiming himself the second coming of Christ ("I thought you were my Mary Magdeline. You're the whore of babylon")You're probably not supposed to laugh at the sight of her feet flailing against the windows, but I did and you will. He then framed her for his other crimes and went on to act all ("OMG WTF") at the "news" of his "murderous" wife's "suicide". The story hasn't yet come to a close, but expect it to finish in an explosive climax in which no-one dies but Lucas himself. 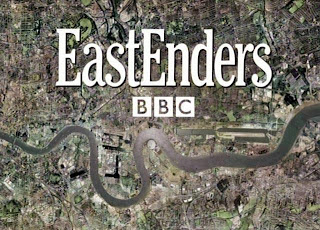 CLIFFHANGER MOMENT.
THIS HAS BEEN A SLOW NEWS DAY.
TUNE IN SOON FOR ACTUAL ITEMS OF ACTUAL RELEVANCE