10 movies no horror fan should admit to liking... 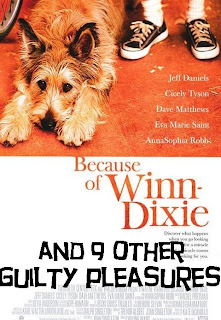 9. I Know Who Killed Me/The Wicker Man 2006: Suprisingly, the only horror movies on this list. I love them completely; every moment of their respective runtimes. When it comes to so-bad-it's-goodness, Lindsay Lohan and Nic Cage are King. In fact, this whole list could've included Nic Cage movies I secretly enjoy (hello Ghost Rider).

8. The Wild Thornberrys Movie: Yes, and I even saw the crossover movie they did with the Rugrats (not as good). It's a cartoon thing about a girl who can talk to animals. She travels around in a big van with her family (Tim Curry) and a monkey. Enviromental issues ensue. If memory serves, the movie pits the Thornberrys against ivory hunters.

7. Scooby Doo: The second one wasn't much cop - and I've not seen the STD sequel - but I do kinda enjoy the first live-action Scooby Doo. Velma, it turns out, is actually quite hot in real life. Okay, it's definitely shit, but I enjoyed it all the same. And it was quite a neat little touch to have Scrappy Doo revealed as the villain at the end. Oh, who am I kidding? I hate me.

6. The Fantastic Four: Not the Roger Corman version (which has its ironic merits), but I do have a sneaking, very private appreciation for the 2005 Fantastic 4. And while we're at it, Ang Lee's Hulk is better than the "re-imagining". Just sayin'.

5. Bolt: The John Travolta/Hannah Montana cartoon dog movie. A similar concept to Toy Story (not included, incidentally, because the Pixar flicks aren't guilty pleasures. They're good movies, period) but with a bit more slush. I cried like a bitch at the end.

4. About a Boy: Yes, a Hugh Grant movie. Thankfully it's his best and his least twee. For once, he doesn't play an English fop. Well, he's English and a little bit foppish, but he mostly plays an arse. An arse who forms a begrudging friendship with a troubled, bullied young lad. A bit like Bad Santa, except there's a happy ending and everyone likes each other.

3. Stardust: To be fair, Stardust is a very good movie. It's more of a romance, despite its fantasy affectations, but there's nothing wrong with that. I read the book too, which is good. Could've done without Ricky Gervais (that's more of a criticism on film in general) but it's definitely a movie worthy of your time, even for those who don't usually appreciate romance or fantasy. And hey, Michelle Pfeiffer is still very hot.

2. Grease: It's the word. John Travolta gets a second billing on this list (would have been third; but I really don't consider Face/Off a guilty pleasure). Yes, it's a musical. Yes, all the stars are about ten years too old to be at school. But the music is fun and funky. And the girl with the pink hair makes me drool.

1. Enchanted: Yes, first place goes to a Disney Princess in a big blue dress. Enchanted is one of my favourite kids' flicks of recent years. The romance is sweet, the performances are fun (possibly my favourite from James Marsters) and the jokes work. Undeniable proof that it is possible to be a fan of horror and not be dead in the heart. 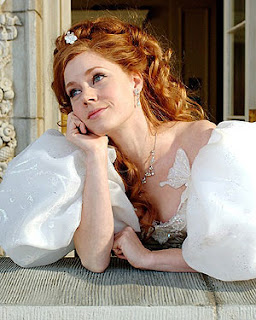