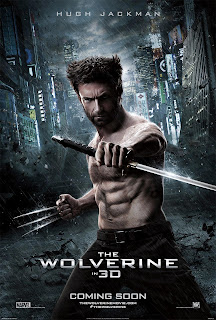 He's the best he is at what he does. Apart from films. He's not very good at those. Aside from his cameo in First Class, I've not really cared for (the) Wolverine since X-Men 2. There's only so many times you can stick a character with massive claws on his hands in a 12A film before I lose interest and start demanding he stab something. Thankfully, The Wolverine bypasses that particular criticism by being one of the most age inappropriate 12A films I've ever seen.


Very little blood is shed, but necks are broken willy-nilly, Logan stabs a great many Yakuza, and there's the return of his new catchphrase. No, not 'bub', go fuck yourself. Obviously I couldn't care less about your children, but this should have been 15 rated by a mile. I look forward to a 12A Punisher film in which Frank Castle blasts the hell out of Jigsaw and his men in a manner which is incredibly violent yet suitable for all the family! Just like A Good Day to Die Hard and Taken 2. Thankfully, The Wolverine is far better than either of those films. While still being fairly flawed itself.

Recovering from the events of X-Men 3 (aren't we all) Wolverine is living in a cave, rocking the Old Man Logan look. His only friend a grumpy bear and a hallucinatory Jean Grey (hello again, Famke Janssen) Wolverine is dragged from retirement when an old acquaintance comes calling. No sooner is he off the plane in Japan than he's embroiled in all manner of Yakuza shenanigans and ninja conspiracy. It's like a seventies' Yakuza film, starring Wolverine. Which is no bad thing. It's a far cry from the Frank Miller comics the film was inspired by, but still a lot of fun. Not once does the ol' Canucklehead get down on his knees and scream "noooooo" at the sky (apart from in an iffy poster or two). True, his haircut is horrible and the final twist is predictable, but director James Mangold gets a lot more right than he does wrong. Jackman remains faultless as Wolverine - this might just be his best appearance as the character (First Class not withstanding) yet. And at last we have a Wolverine film which realises the potential of a lead character who can take all manner of abuse before falling down. Logan is exploded, shot, stabbed and filled up full of arrows throughout The Wolverine. There's even a couple of moments during the last act which genuinely made my knuckles ache with sympathy. 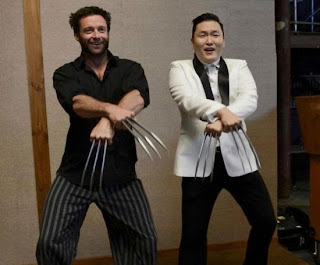 Inexplicable photo of the day

The Wolverine is a return to form for one of cinema's (and the comics') most overexposed characters. While it has its fair share of flaws (not the least that haircut) it does make Wolverine a figure to be reckoned with once more. This might just be his most impressive regeneration yet.