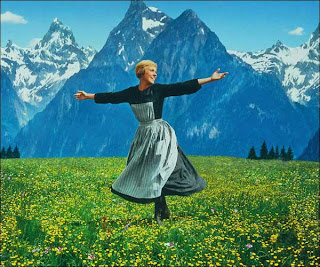 The Hii-llls Are Alive... with the sound of torture guff. Note the Hills.

Director: Dave Parker (2009)
Starring: Sophie Monk, Tad Hilgenbrink, William Sadler, William Sadler
Find it online: IMDB, Amazon UK, Amazon US
Not entirely a Hills Have Eyes rip-off like the title might suggest, The Hills Run Red sees a fellow horror fanatic try to hunt down an infamous lost horror movie; supposedly banned because it's so offensive. Let's face it, horror fans, we've all been there. Not all of us, however, end up dead as a result of searching for our Holy Grails.
Tyler (Hilgenbrink) films his search for the titular movie, travelling to backwoods America where the lost gem was supposedly filmed. In tow: the director's daughter (Monk) and his friends Lalo (Alex Wyndham) and Serina (Janet Montomery). Wandering around backwater America never yeilds much good, and the kids soon end up falling afoul of Hillbillies and a Jason-type named Babyface. Violence quickly ensues. Plus lots of torture and a curious self-loathing streak.
There's unnecessary torture, shoddy acting, a terrible 'twist'. And the characters are all fucking irrititating. But with all that said, my biggest issue with The Hills Run Red is the title's deceptivity. Do note the screencaps as I explain: 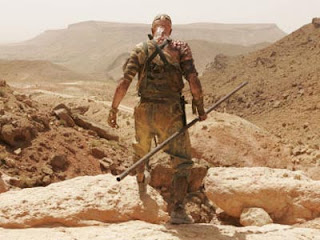 HILLS.
There are lots of woods and trees and grass and stuff; the sorta scenery that wouldn't look out of place in a Wrong Turn or Deliverance type flick. But nothing even slightly resembling hills. I'll admit, there's plenty of things running red (mostly blood. And a red jacket and ballgags), but no hills. I'm probably* anal, but this bothered me far more than it should have. It'd be like a version of Wrong Turn where Desmond Harrington follows his map and gets straight to the job interview where he's supposed to be. It's like setting The Hills Have Eyes in the middle of a city. Where the fuck are my hills, dagnammit? 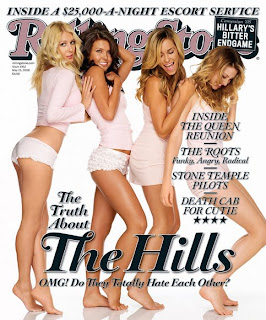 Ahem. Hills aside, there are a few other niggles and problems which prevent The Hills Run Red from achieving greatness. It's a fun, entertaining movie up until the second half. Babyface is a great-looking killer, and there's a wonderful bit where he wraps barbed wire around his own head. William Sadler is great in everything. But then they going and spoil it all, breaking out the ballgags in a massive way. Suddenly everything descends into torture nonsense. They try to make things alright again by having Sadler diatribe on the lack of artistic merit to torture porn (following about ten minutes of the stuff). You can't have your cake and eat it, fellas. 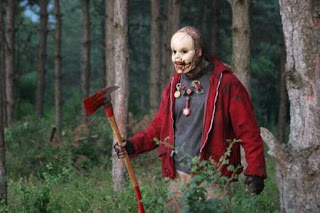 NOT HILLS.
And there we have it. A movie not quite as interesting as the fictional one the heroes are supposed to be searching for (I'd have much preferred to see that in itself), but with enough highlights to make it worth a look, at least. It's far from the worst backwoods horror I've ever seen, but a long way from being the best, either.