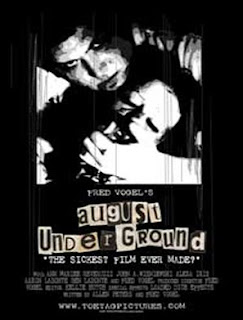 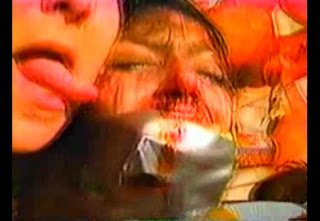 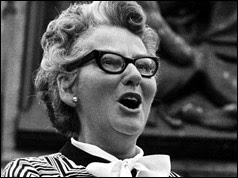 Ladies & Gentlemen, please be upstanding for our guest reviewer: The Thoroughly Outraged Ghost of Mary Whitehouse:
I didn't watch this movie but you're all sick for even acknowledging its existence. It's pieces of cinema like Underground August that are responsible for the moral degredation of the world today.
Anyone who watches this filth should be put on a register of some sort. September Downstairs should definitely be banned and you should be chemically castrated and banned from life. Down with this sort of thing.
Thanks Mary. If anyone out there managed to watch it all the way through, drop me a comment or so. I'd love to hear your opinions.