It's your Horror Review Advent Calendar.
25 Christmas themed movies.
Ho, ho, ho.
Director: Joe Dante (1984)
Starring: Zach Gilligan, Phoebe Cates, Dick Miller
Find it: IMDB
Like the first two Die Hard movies, Gremlins is one of the few Christmas movies that it's acceptable to watch during the other eleven months of the year. You could watch Silent Night, Deadly Night in the middle of July if you wanted to, but only if you're The Grinch. Gremlins is also one of the few horror movies that they'll play on TV during the middle of the day. That in spite of the fact that it's downright cruel at times.
Billy (Gilligan) is gifted a cute, cuddly Mogwai. The pet comes with three rules that will be burned onto the psyche of anyone who was vaguely around during the mid 80s and 90s. Don't let them come into contact with water, don't feed them after midnight and heavens, no bright light. The first two rules are broken in quick succession. The first fuckup results in more (less cute) Mogwai. The second turns them into Gremlins, who proceed to trash Billy's small town and murder an old lady. I found the violent murder of the old lady hilarious when I was ten and find it even funnier now. It's second only to the liquidizer kill later in the movie.
As if Gremlins wasn't fantastically 80s enough already, it has Dick Miller in it. Nothing says fun 80s trash like Dick Miller. He was also in Joe Dante's own Small Soldiers, which is nearly as fun as Gremlins. Whenever I picture Dick Miller, it's sitting at home chilling with a beer; then something terrifying, stupid or both comes crashing through his wall, making him swear off beer forever. He has a great everyman persona, constantly being bugged by pesky Terminators or Gremlins or Small Soldiers.
Of all the scary Christmas movies, Gremlins manages to be the most disturbing ever. Well, if you're ten years old, it is. Murder all the old biddies you like, but don't defile Christmas; it's the scene where Kate (Cates) is explaining why she hates Christmas; how her father died in a chimney whilst dressed as Santa Claus. It's an old urban legend, but it taps into a quite terrifying childhood fear - what if something ruins Christmas? 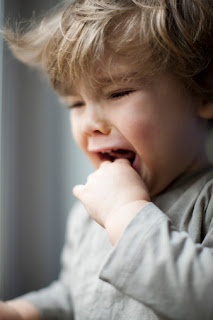 WHAT, NO ACTION MAN?
(image stolen from here)
And speaking as someone who lost a close relative on Christmas, yes, it is a fucking bummer. On the flipside, now I can go around like Phoebe Cates, traumatising children by telling them why I think Christmas sucks. In your face, youthful innocence.
Well, that killed the mood, didn't it? Gremlins is a bona fide classic, up there with Ghostbusters and Die Hard as the best of the 80s. Except for when Corey Feldman is in it.