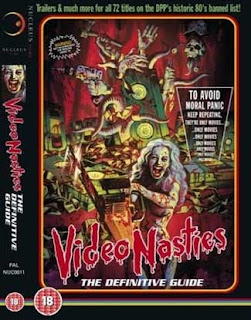 Director: Jake West (2010)
Starring: Neil Marshall, Christopher Smith, Kim Newman, Emily Booth
Find it: Amazon
A literal must-have for any self-respecting fan of horror. Video Nasties: The Definitive Guide documents the history of the titular 'video nasty' - a mass hysteria which took over 1980s' Britain and saw such gems as The Burning, Cannibal Holocaust and The Last House On The Left go banned and, in some cases, their distributors prosecuted. A beautifully presented 3-disc set, it contains director Jake West's compelling documentary and over 8 hours of trailers and d 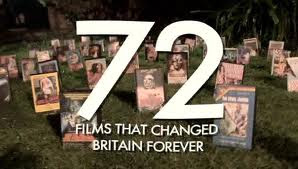 iscussions. Also, the adorable Emily Booth in various states of undress. Video Nasties presents a compelling argument as to why The Daily Mail (website NSFW*) should fuck off.
Amongst the horror afficionados doing the talking head thing are directors Neil Marshall (The Descent), Christopher Smith (Creep) and testimony from a certain Ruggero Deodato, who seems somewhat nonplussed as to why his cannibal movie managed to get itself banned. Critic Kim Newman and writer/actor/director Andy Nyman are amongst the various scholars and critics of Nasty gathered to discuss the movies' merits and occasionally considerable faults. To the film's credit, it balances the argument with reasoning from the Tories, police officers and do-gooders who wanted the nasties banned in the first place. A bit too much archive footage of Mary Whitehouse's pickled-egg-sucking face for my liking.

As a documentary, Video Nasties is enlightening, passionate about its subject, intelligent, clear-headed (unlike the movies' opponents) and even handed. Some of its contents might be old news to some horror fans, and it might not be quite so effective to viewers outside of the UK. The doc's admittedly a bit short, but the set is worth collecting for the bonus discs alone: there are trailers for all 39 of the official nasties, plus another disc with the 35 that didn't quite make the cut. It even comes with a set of postcards emblazoned with some beautifully gory video art. I can't praise Video Nasties enough. Essential viewing for anyone with more than a passing interest in the history of horror cinema and censorship.

* Because your colleagues will all think you're a racist imbecile.