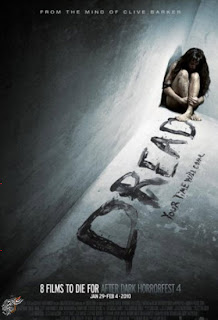 Director: Anthony DiBlasi (2009)
Starring: Jackson Rathbone, Hanne Steen, Laura Donnelly
Find it online: IMDB, Amazon
Another short story from his Books Of Blood, Dread is torture guff done Clive Barker style. It's one of his more realistic tales (no demons or ghosties or pinheads then) but no less horrible than the likes of Hellraiser. Barker's style is quite inimitable, rarely failing to disturb when at its best. Dread in its original form isn't really vintage Barker unfortunately - despite a cool premise and menacing character, the ending is a bit daft. But this movie adaptation loses some of the silly bits and makes with a lot more torture. The difference between this and, say, Craptivity, is the emphasis on psychological horror and plenty ruminations on the nature of fear. 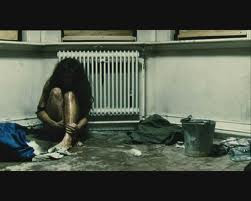 It's a deeply unpleasant movie, thoroughly earning its title and oozing the titular dread throughout its runtime. University chap Stephen (Rathbone) runs into fellow student Quaid (Evans) during a chance meeting. Together, the pair decide to conduct research on the nature of fear. Only Quaid's a bit wacko and things soon get out of hand. Lots of horrible things happen, none of them pleasant but all pretty compelling. The basic premise sees Quaid try to bully vegetarian Cheryl (Steen) into eating a steak, but it's so much more horrid than that. The ending is tweaked too, becoming something a little more fitting than the original story's conclusion, but also a fair bit nastier too. In this age of Saws and I Knows Who Killeds Mes, there needs to be more gore and more kills than Barker had, so there is and there are. And by the way, talking of Dread: 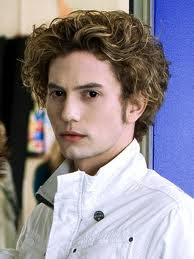 It stars Jasper from Twilight, which I didn't know until just now. This must be why Dread had such an effect on me. This is literally the longest I've gone watching a Twilight star without vomiting. And there was me thinking it was because of the horrible story and things that Quaid does. But in all seriousness, Rathbone aquits himself well here, with his serious actorly beard and sideburns. It's well-acted all around, even if Quaid isn't quite as creepy as I'd have imagined him to be from the story.
Minor quibbles, though. Dread is pretty good, despite all of the torture and its over seriousness. The over abundance of such things in recent years has diluted the story, the concept and the movie of its originality, but it's still better than 90% of the similarly themed yet utterly inferior dross out there.