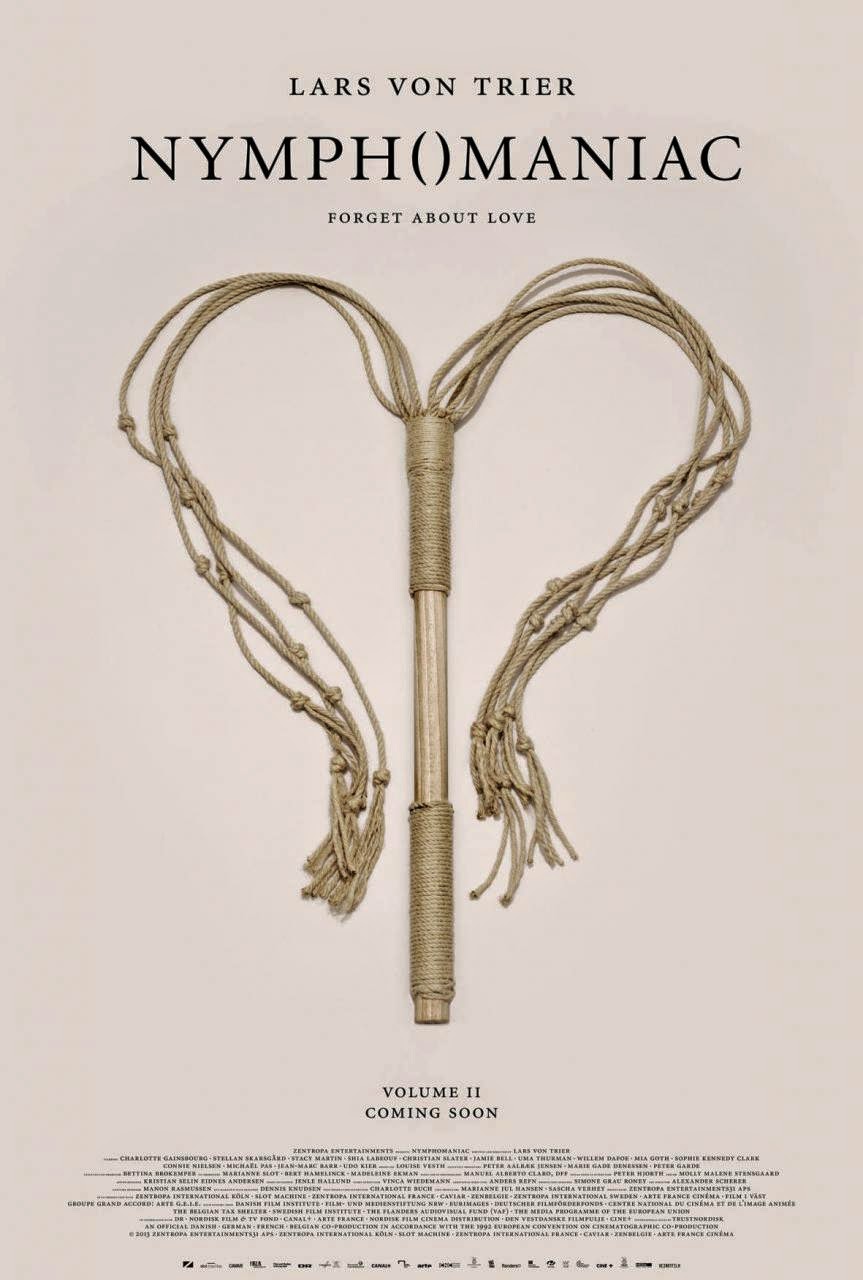 'Always go darker' is the general rule most films abide by when making a sequel or second volume of a story. This is true enough of Nymph()maniac: Volume II, which begins to explore the less pleasant elements of Joe's sex addiction (yes, even less pleasant than being bummed by a disinterested Shia LaBeouf). No longer able to achieve orgasm, the now-married Joe (Gainsbourg) is given permission by husband Jerome (LaBeouf) to try elsewhere. This she does, to the detriment of her marriage, health and general well-being.

Like Kill Bill: Volume II before it, the fun and the action (albeit a different kind of action) is toned down to make way for more dialogue, more metaphor and deeper pondering. Is von Trier 'slut shaming' his heroine here by having her so battered and defeated during this second volume? Or is it instead (as is suggested through the dialogue) a noble attempt at feminism, leaving its protagonist to be ultimately admired? Granted, feminism is not a word you'd usually apply to a film which depicts a man punching a lady square in the face, but von Trier is a filmmaker whose work tends to defy classification. Fluffy pink handcuffs this is not.

Nymph()maniac is the sort of film you either love or hate. It's long, pretentious and dubious in its sexual politics. It's also gratuitous, depressing and potentially very offensive to a lot of people. Forget about love; I adored it.

Email ThisBlogThis!Share to TwitterShare to FacebookShare to Pinterest
Labels: non-horror